We started with a plate of gyoza, which was done very well. The charred side was done to a nice crisp, while the most generous fillings maintained moist and juicy, going down very well with the vinegar and chill sauce mix.

Since Wolls ordered their latest menu of maze (which we suspect means dry, but Google translate says “mix”) soba, I went with their classic of Torikoku ramen. Being somewhat piggish (more than pug that day), I went for the assortment option for add-ons, scoring me an ajitsuke tamago (flavoured egg), bamboo shoots, chicken slices, and kakuni (braised pork belly).

The Torikoku ramen broth, was as expected, lighter than the usual tonkotsu pork-based broths. It tasted slightly weaker in flavour compared to Marutama, but really isn’t a criticism, but merely a personal preference. Some people don’t like it too strong. The ajitsuke tamago was somewhat overdone, with visible powdering of the egg yolk. The flavour wasn’t particularly strong either. Wolls and I heaped the fried garlic onto our bowls too since we love the flavour it adds on. 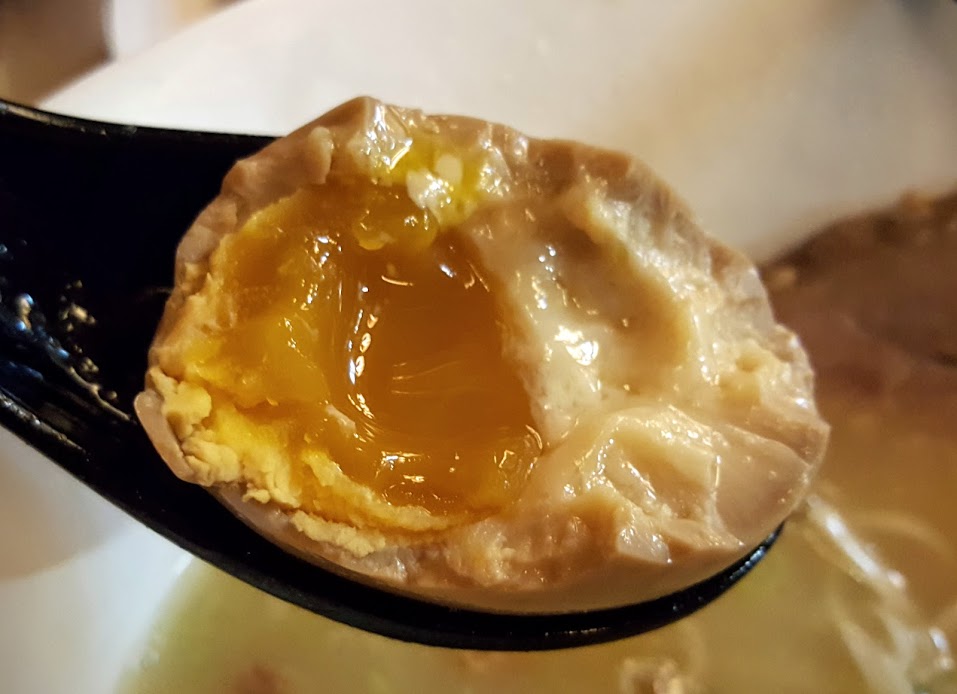 The kakuni was average.. braised pork lor. However, what shone through was the extremely tender pieces of chicken! It was most excellent soaked in the backdrop of chicken broth goodness, especially since chicken slices aren’t as often used in ramen as pork. The noodles were a little softer than I would have liked so that it had bite, but wasn’t so bad.

Wolls being most starved, also went all out on the add-on as well, adding mentaiko (cod roe) and an ajitsuke tamago on top of her onsen tamago!

The dry noodles was had, by mixing everything together. The soft onsen tamago, mixed with the creamy mentaiko (and sauce?) formed a most excellent coating over the noodles, giving much savoury oomph in each bite. I couldn’t help chomping down on Woll’s noodles too!

The food at Ramen Matsuri was good, though I think Marutama still does better overall. Basketball for the win :).

One thought on “Ramen Matsuri”