Ever since I told Pugs about Lok Kee, he’s been itching to go after he realised there were starwars characters in popculture contemporary modern chinese art style or something. So despite my reservations about subpar american chinese food, he kept suggesting the place for dinner and we eventually went a couple of nights ago.

Surprisingly (or unsurprisingly, given that it’s a member of the tunglok group…) the food was quite good! 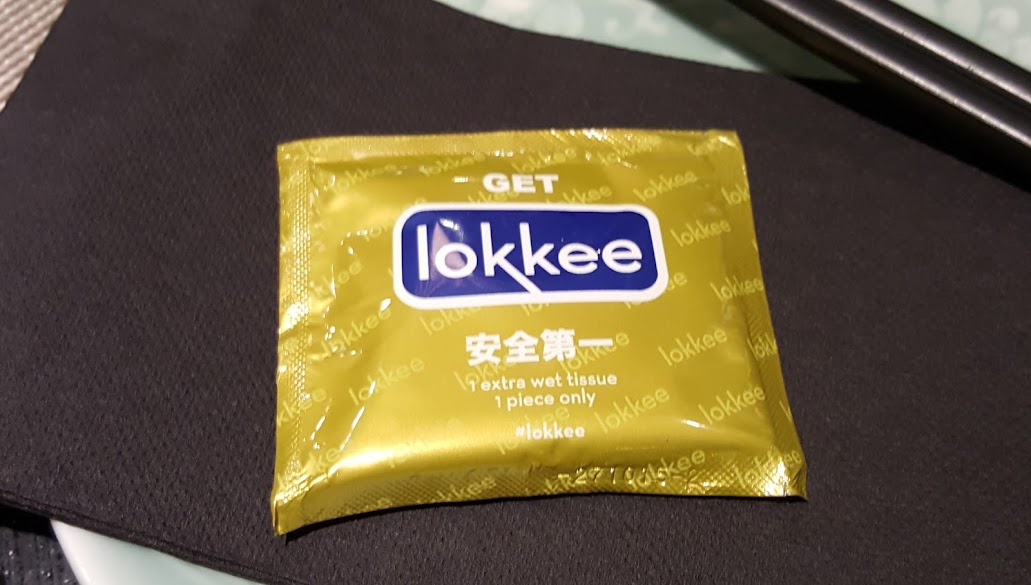 we sat down and was greeted with this. an interesting promising start hehe. wet tissue packaged in… what people would traditionally identify as condoms…

Pugs then went a bit mad taking photos of all the decoration and paintings – they are all quirky and interesting (and fairly brilliant, really) so here’s a nice selection for you to enjoy and appreciate. 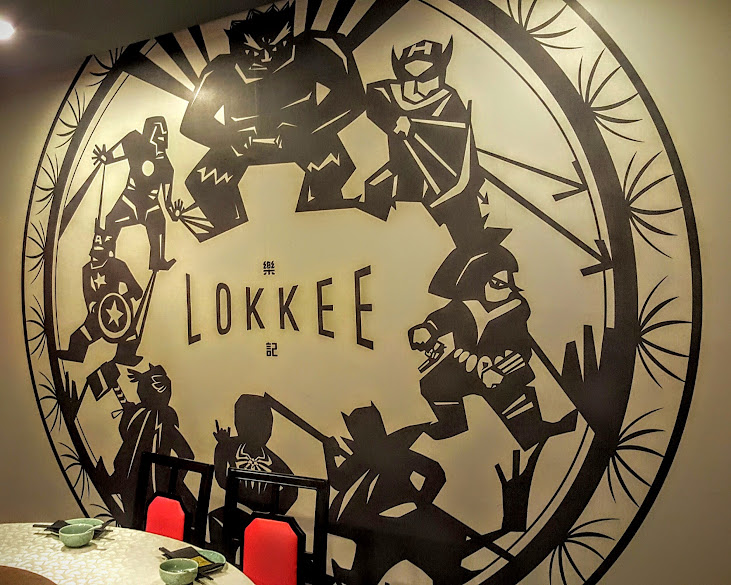 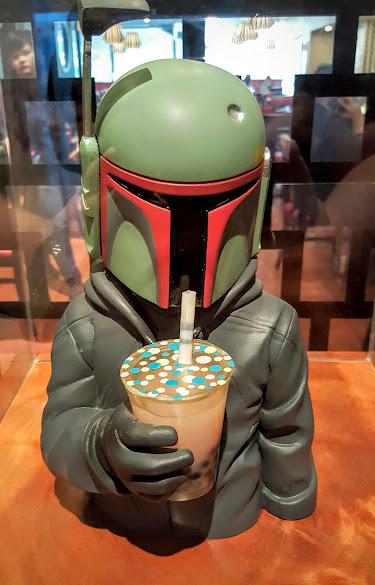 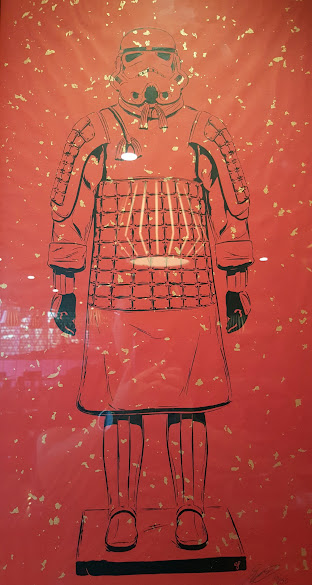 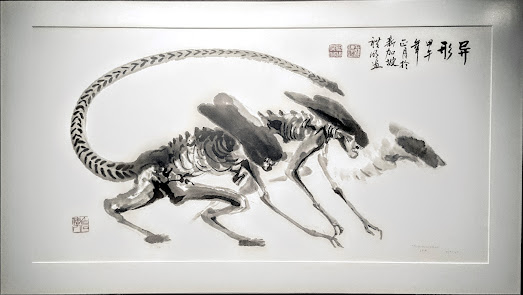 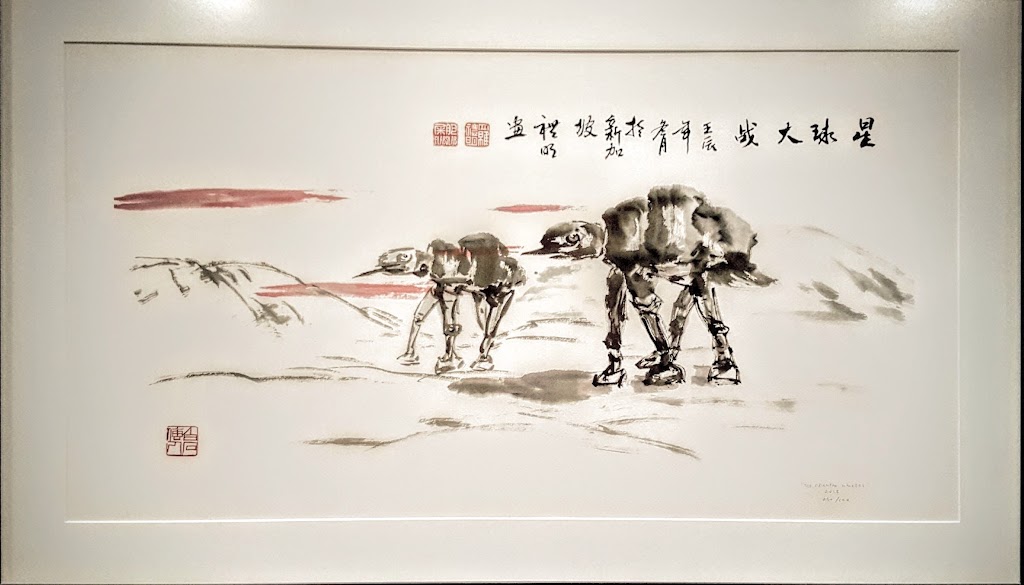 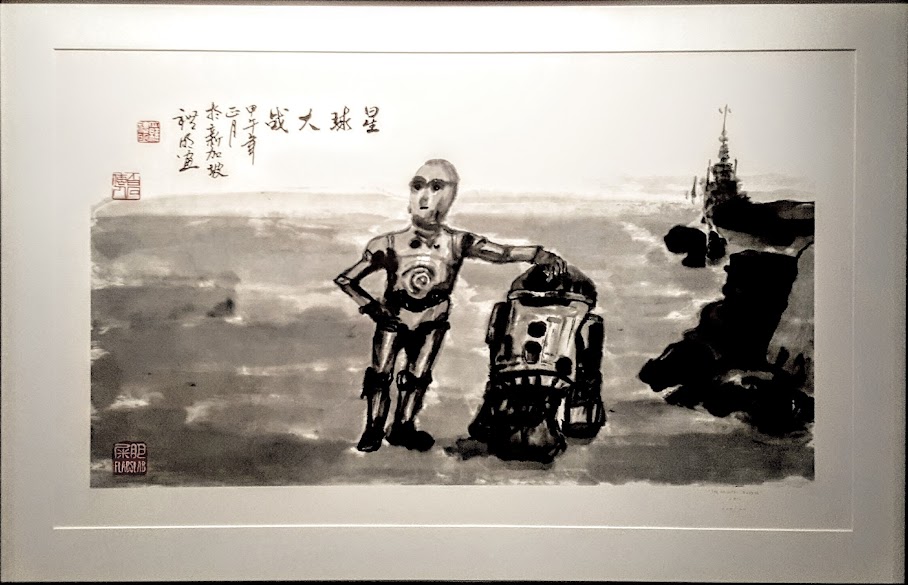 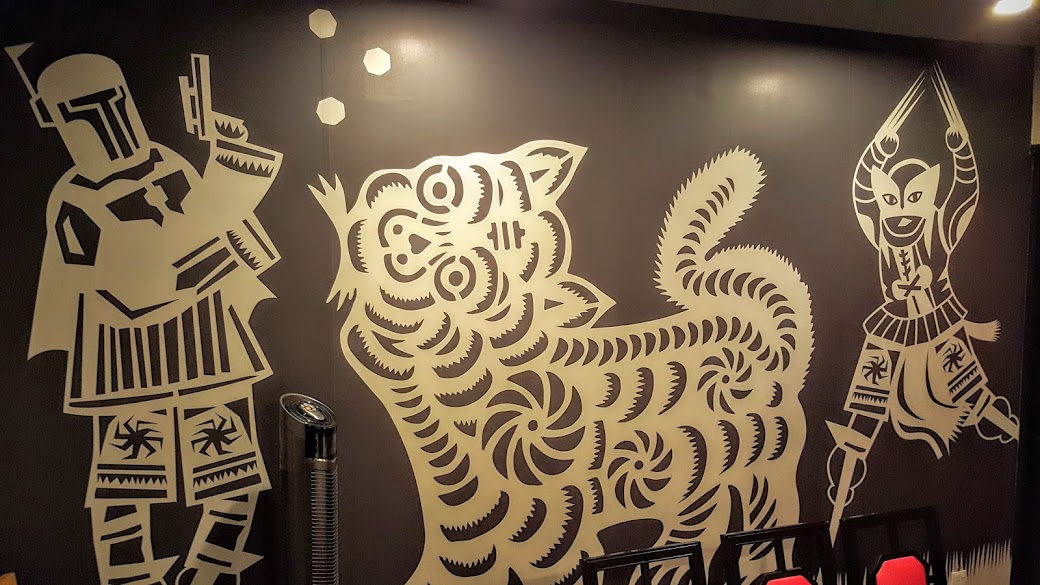 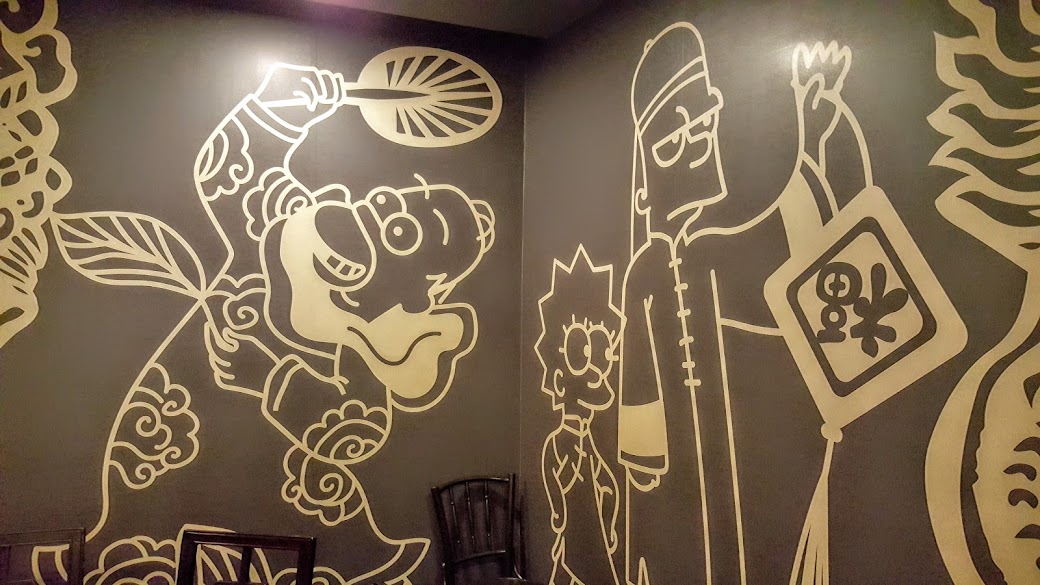 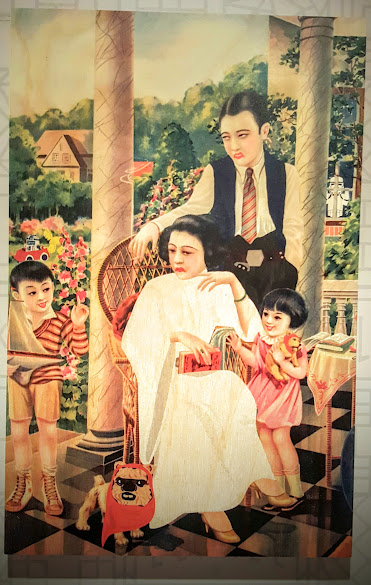 and then back to star wars… 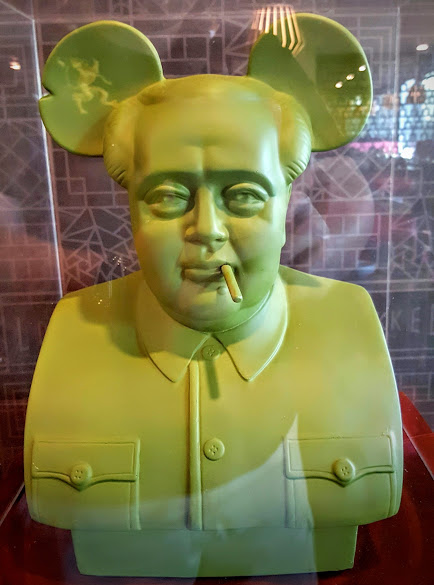 and here we end of the decorative series with mickey mao-se hehe. 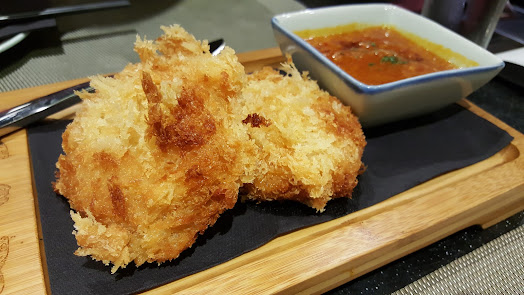 starting off with chilli crab cakes (S$16). The chilli crab sauce was nice and thick, the crab cakes were crispy on the outside and fluffy on the inside, chock full of crab meat. this was very enjoyable and the sauce went very nicely with the crab cake. 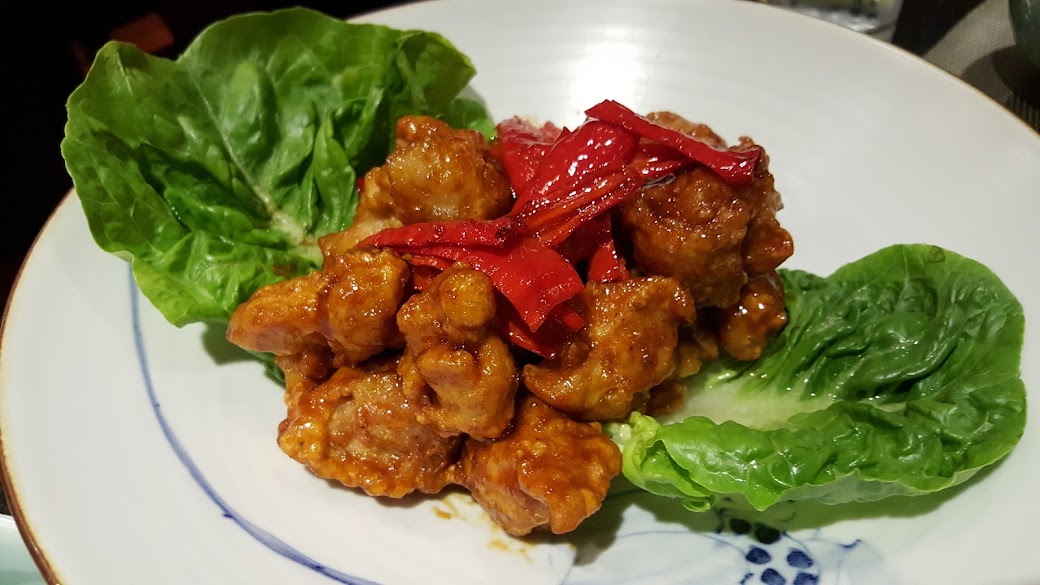 then came General Tso’s chicken (S$18), the typical american chinese dish. This was surprisingly quite good! the batter around the chicken was done just right, and the sauce was tasty and flavourful. 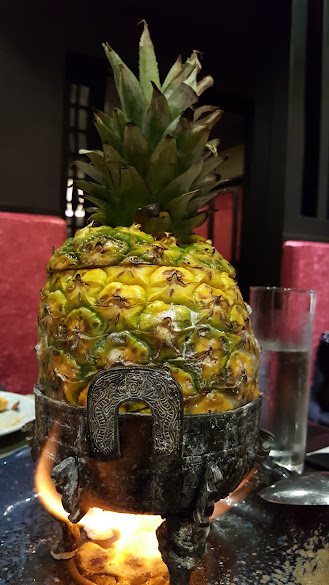 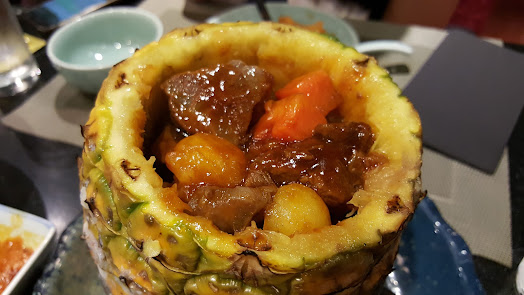 awesome flaming pineapple beef (S$30) – this was the name of the dish, but sadly, not how we found it. This was at best, a gimmick, where they light the pineapple up at your table, and you watch the pineapple burn, supposedly cooking the beef inside. The beef was tender and tasty, but I highly doubt the flaming pineapple had anything to do with it. Pugs and I agreed that this was rather disappointing and pricey, to top it off.

And so we agreed in conclusion that we will go back and try their other food – the quality of the food is really not bad, and if not for the flaming pineapple, quite reasonably priced; but we will never order the beef in pineapple again. hurhur. hopefully they refresh their art once in a while too – that would really be a bonus!