So this steam box thing (rather than steam boat) has been all the rage recently; and Pugs and I decided in our (rather feeble) attempt to eat healthily, to check it out – we decided to go for the slightly more economical version at Steam Box (but which still turned out to be about $50 per pax ). 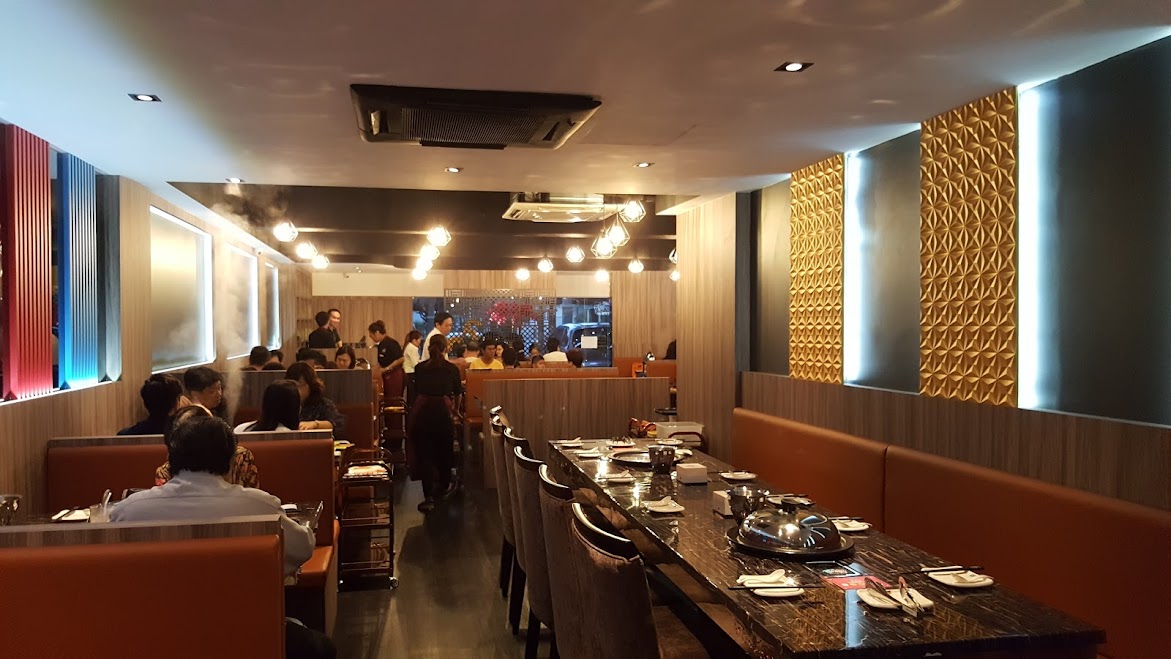 already rather crowded for a weekday early evening 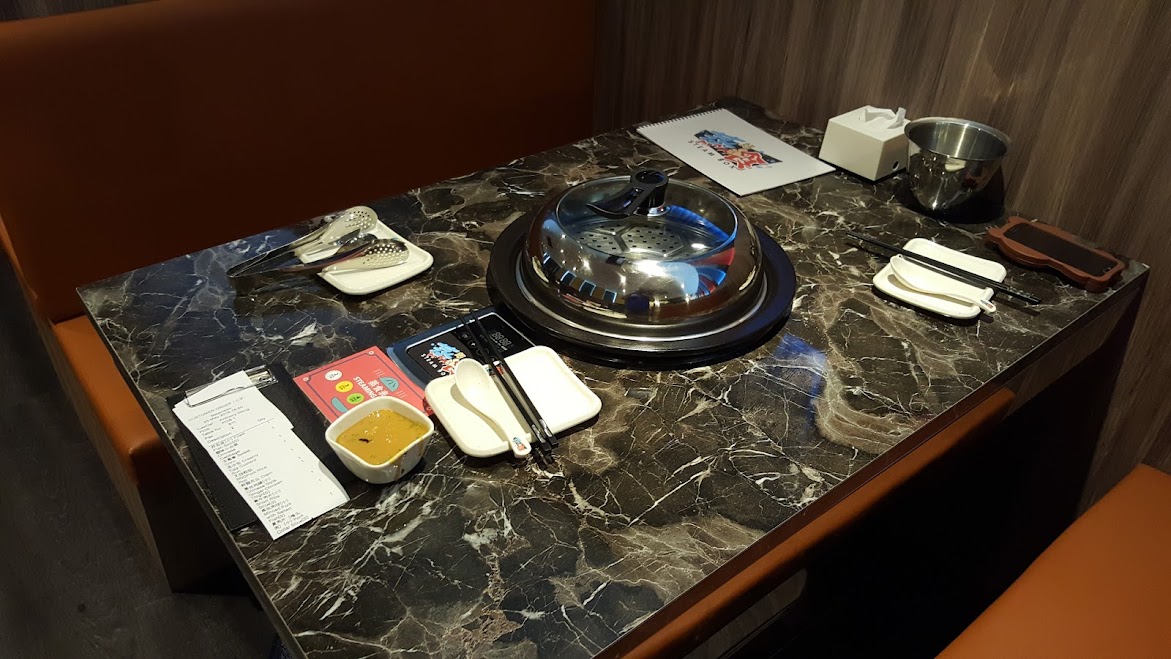 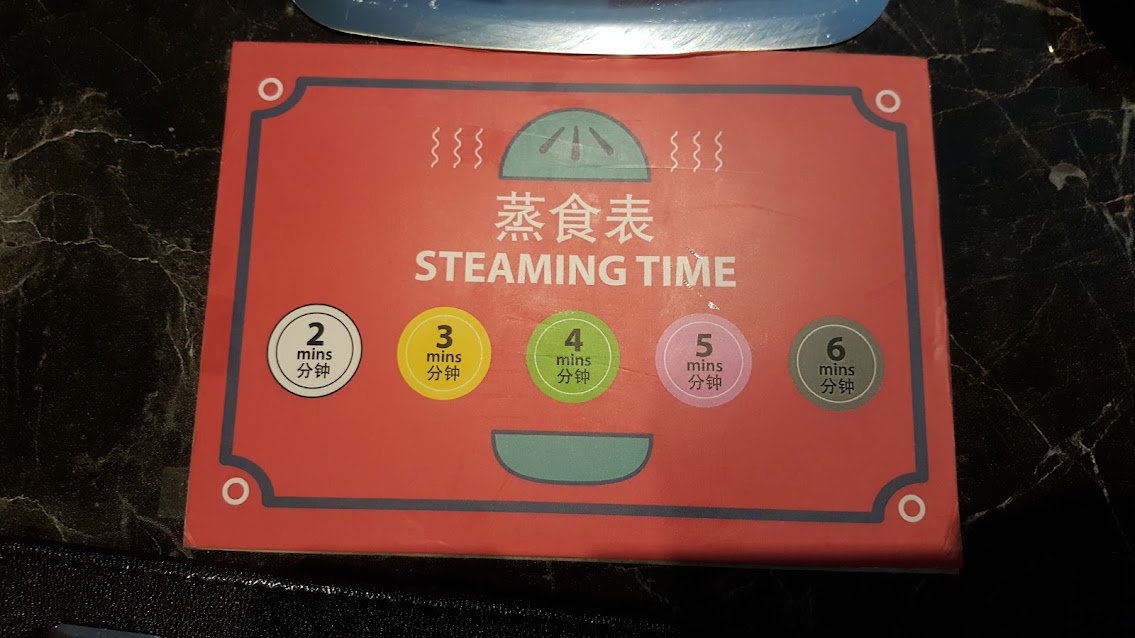 the length of time you steam your food for depends on the colour of the plate it comes in. foolproof. (although some discretion should still be exercised…) 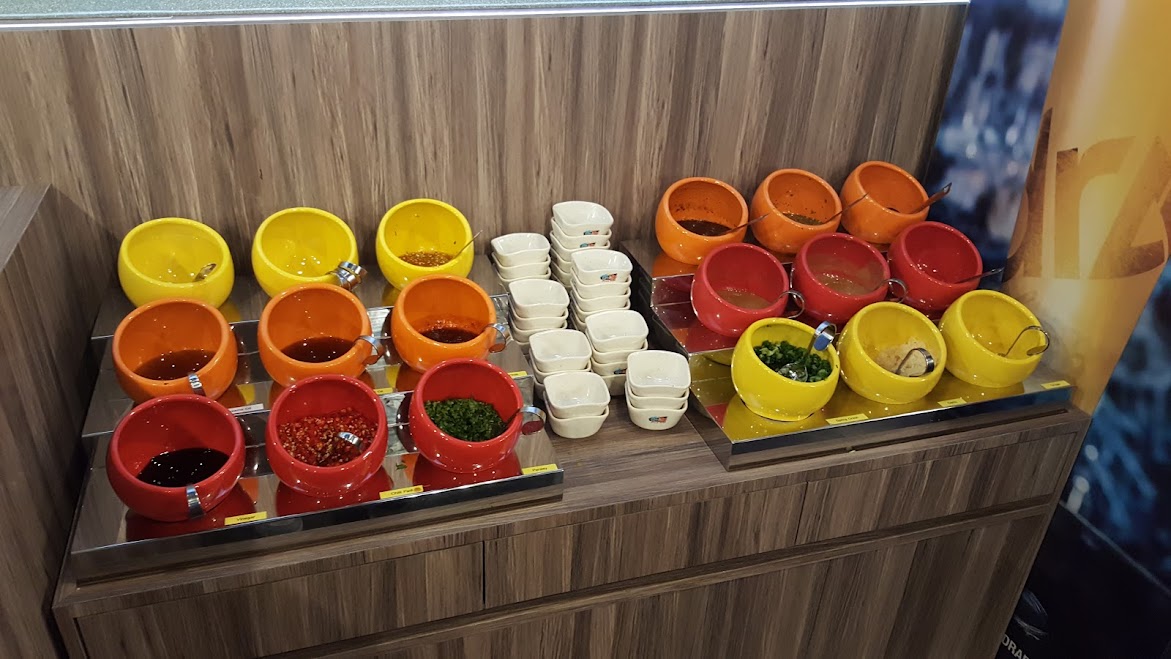 the array of sauces available. 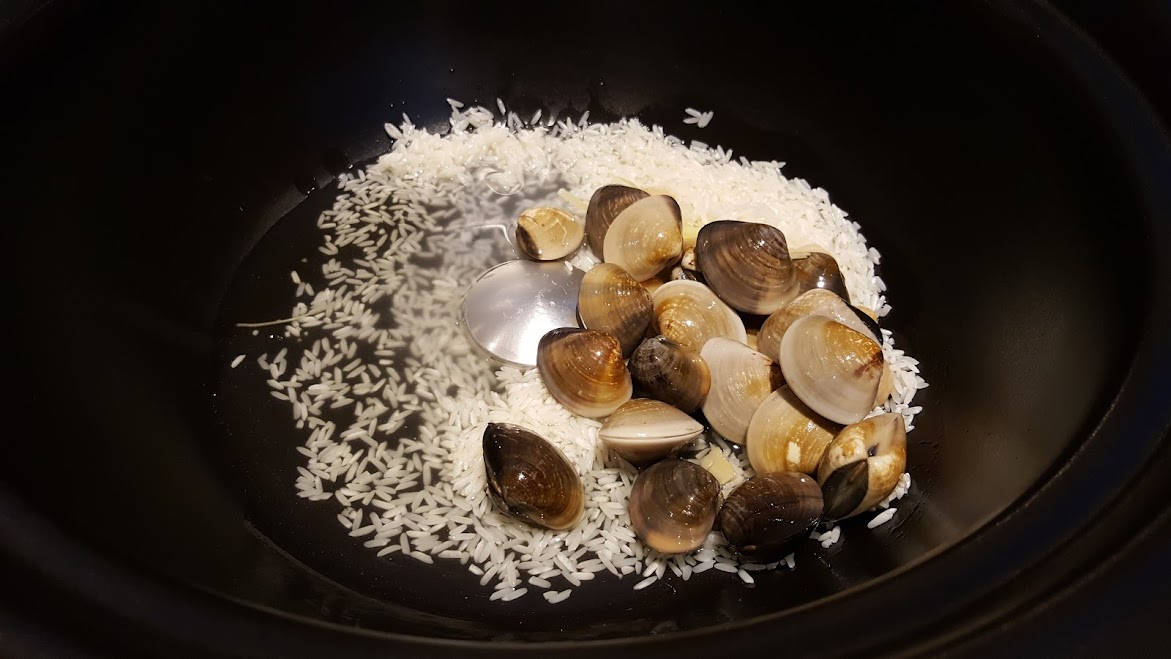 you start off by ordering a type of porridge, which is thrown in to cook below the steaming pan. Pugs picked the clam one. The porridge cooks throughout your meal, and by the time you finish the other types of food, the porridge is nicely sweetened with the clams, and everything else you ordered. 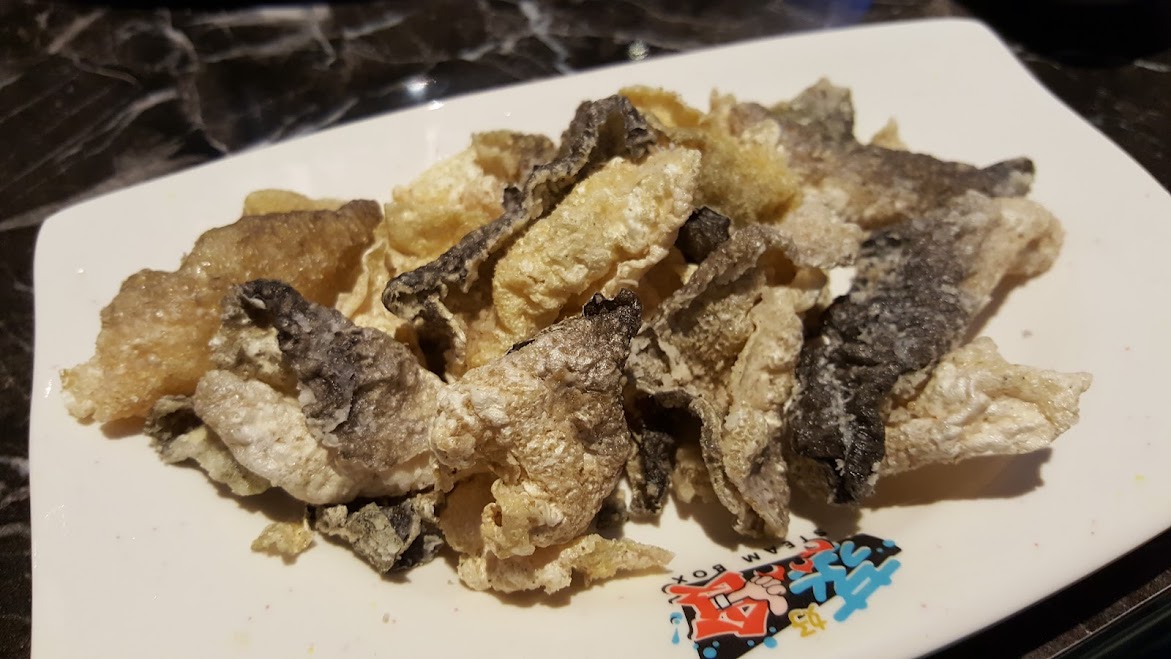 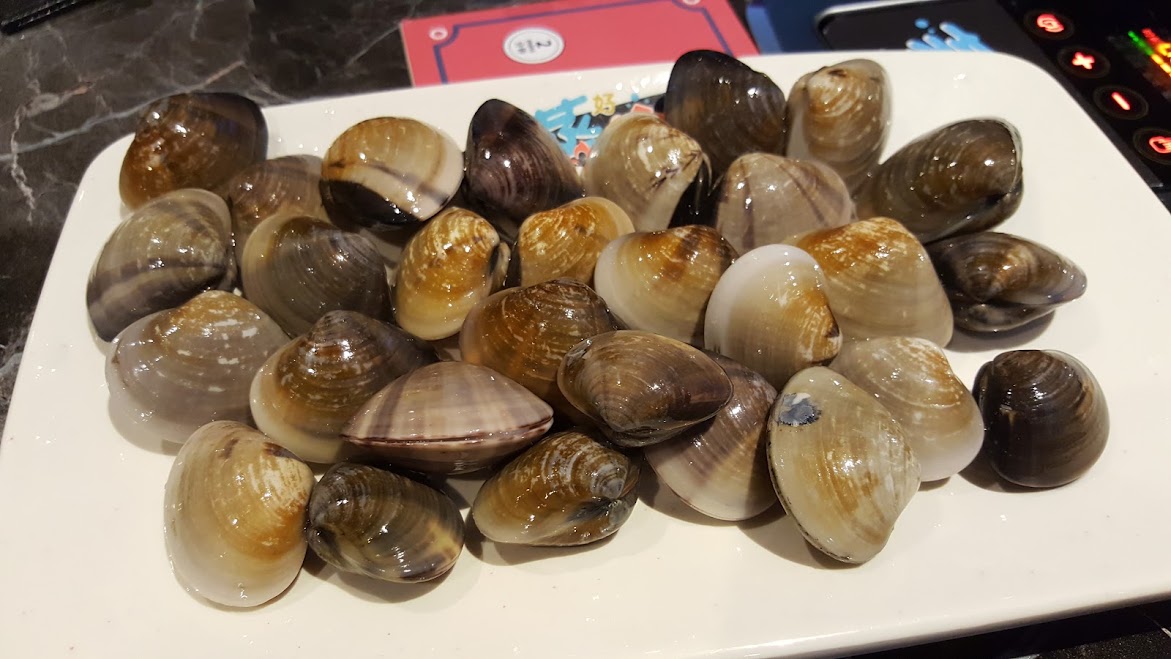 because i was in the toilet when the rice was dumped in for the porridge, i had no idea that there were already a multitude of clams swimming below; and so we ordered… one more serving of clams. but i must say that i didn’t regret it (we had super sweet porridge after that). The clams were fresh and nice too. plus i got to eat them first. 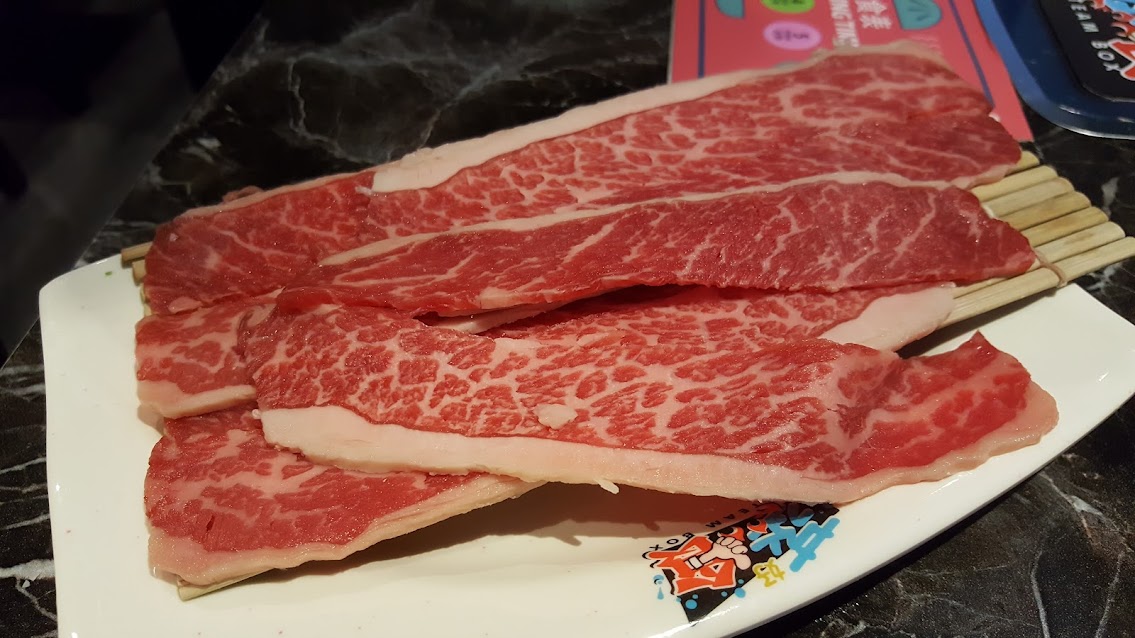 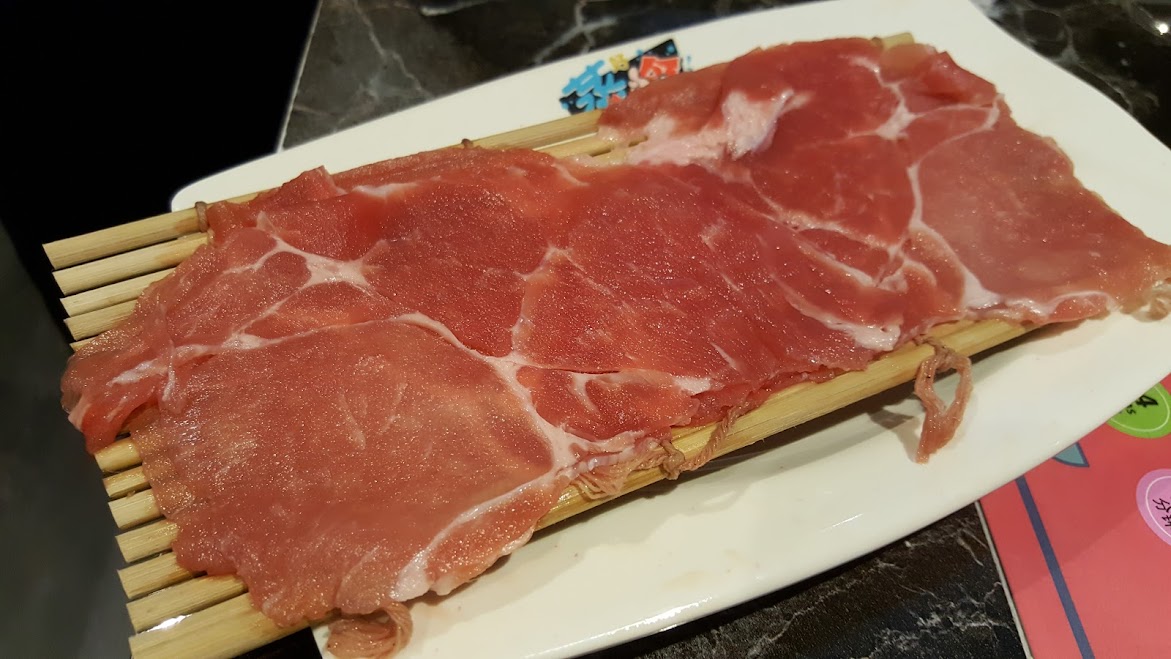 sliced beef and pork. these were normal. 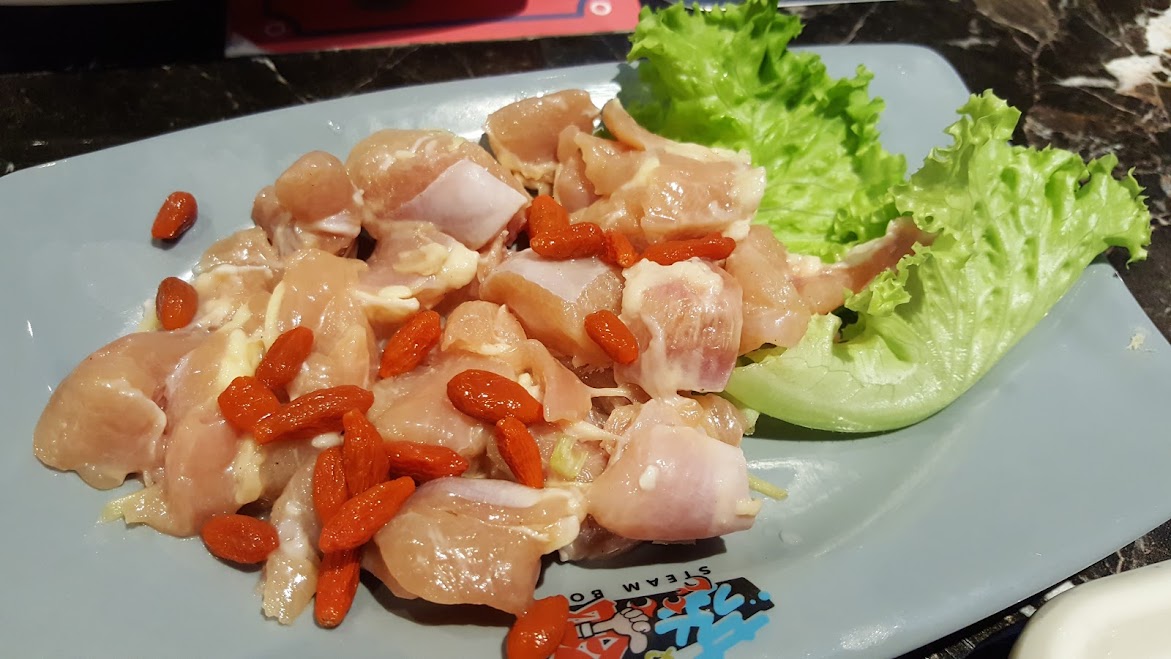 chicken. oh the chicken was really good. with the wolfberry and ginger. nomnomnom. 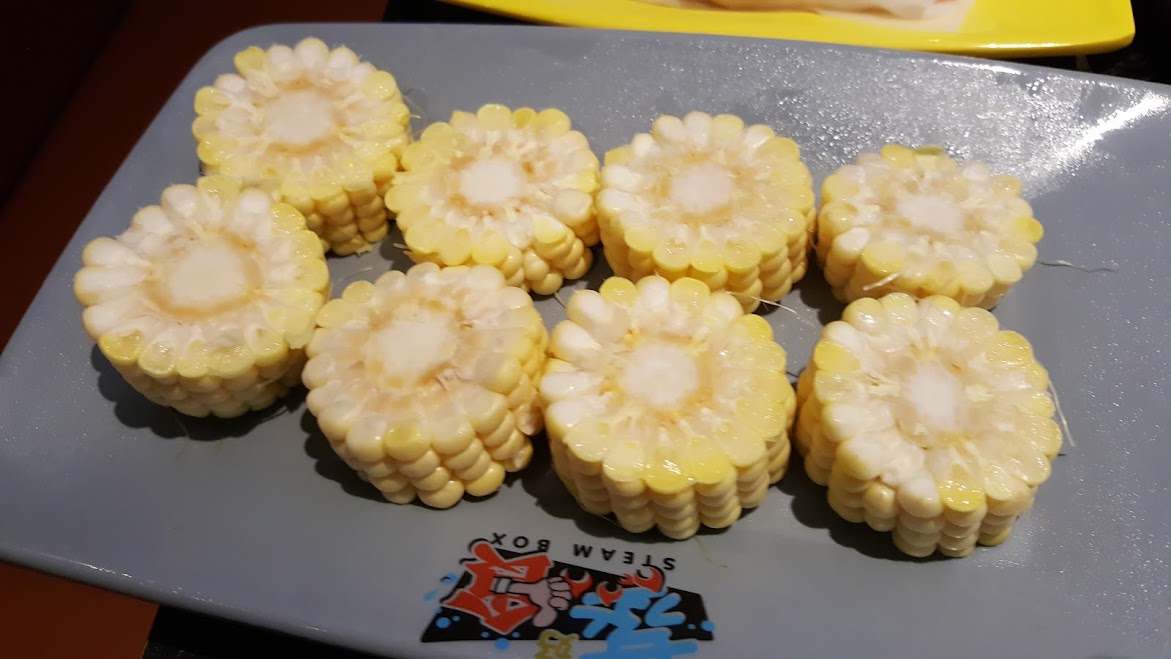 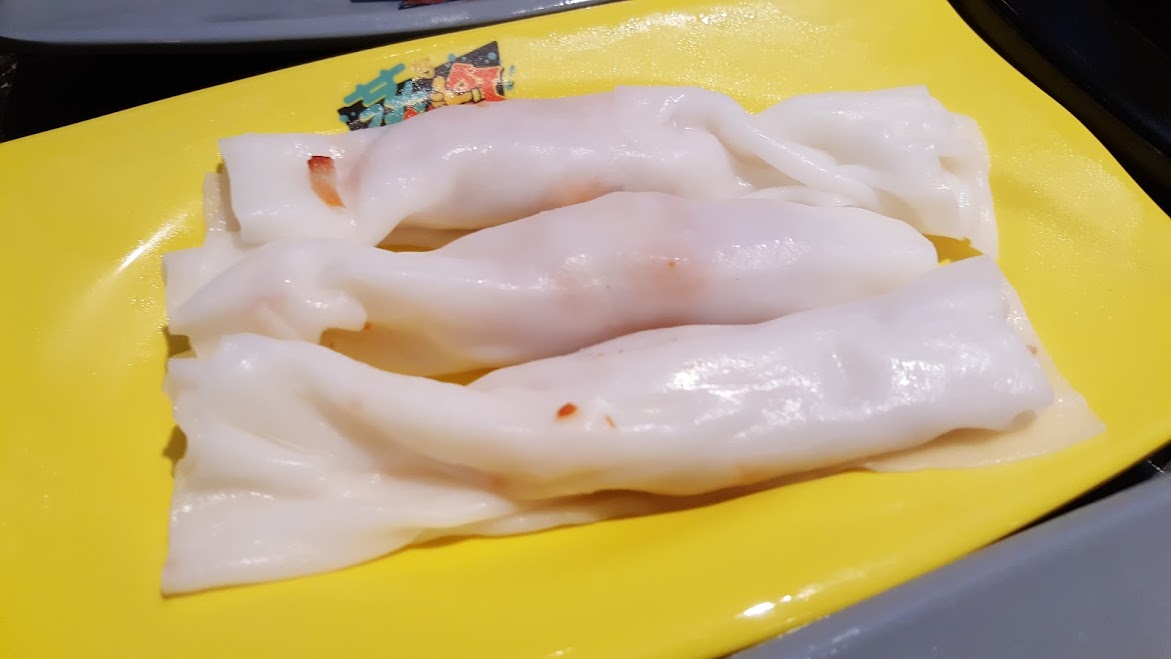 chee cheong fun – this was… okay only really. don’t bother with it. 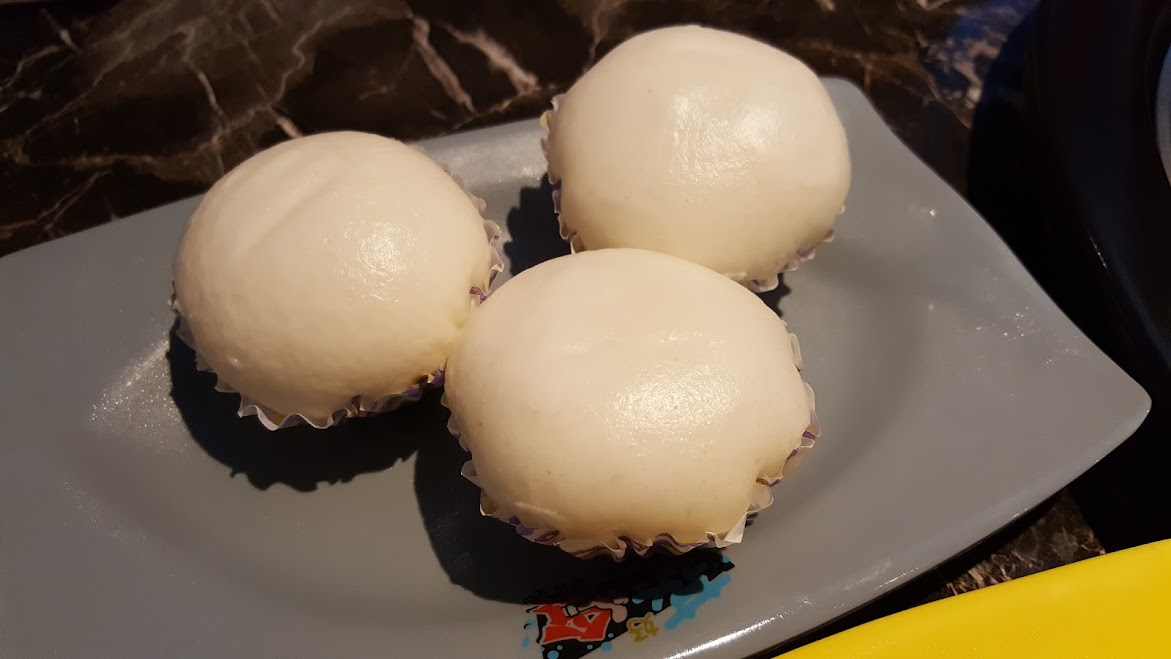 liushabao. this was also the ready made kind; nothing spectacular 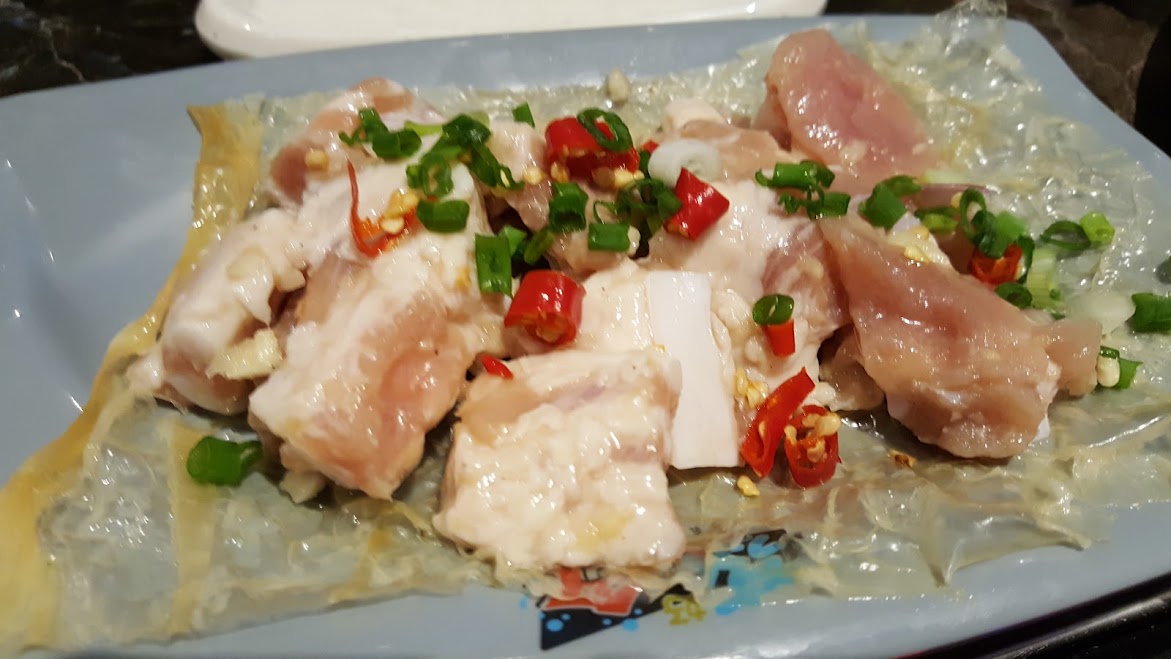 pork ribs+salted fish. these were not good 😦 i thought it would be like the dimsum kind but i guess our cooking is not skilful enough hurhur. although the chilli and salted fish that dropped through the holes into our porridge made the porridge nicer too :p 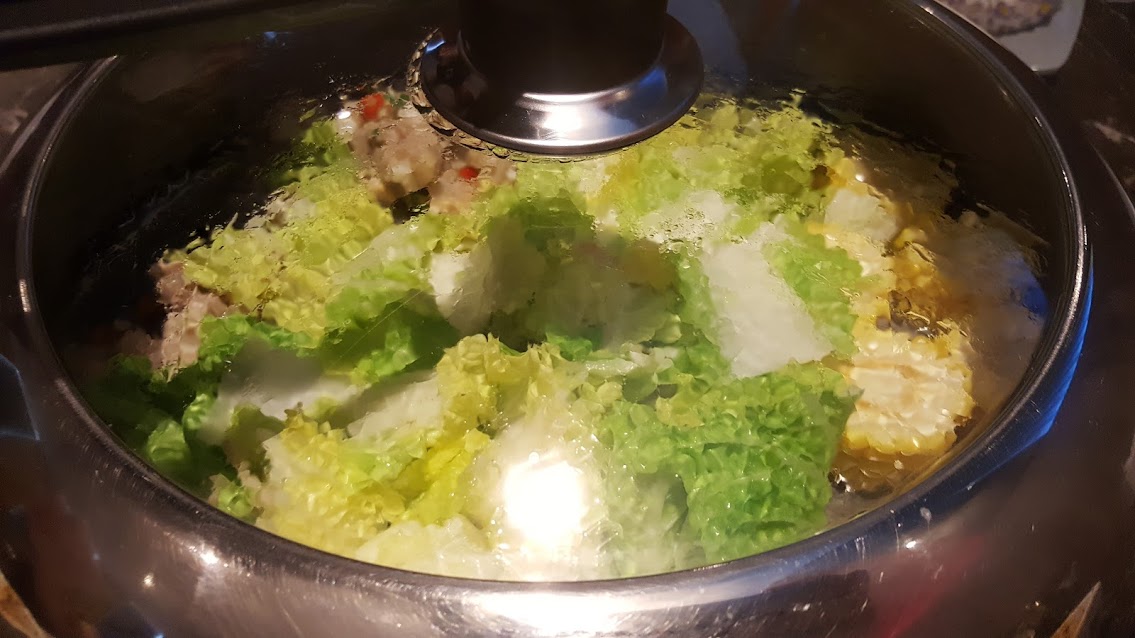 steaming ongoing… we didn’t actually put everything to steam at once, and the auntie waitresses was v worried about us and kept coming over to remind us that the food takes a different amount of time to cook… (yes, if we have a plate that cooks in 3 min and another that cooks in 6, we can always put them in together, and take the first plate out first while the other continues…? but no matter. they were really nice about it and really, were just concerned and kind.) 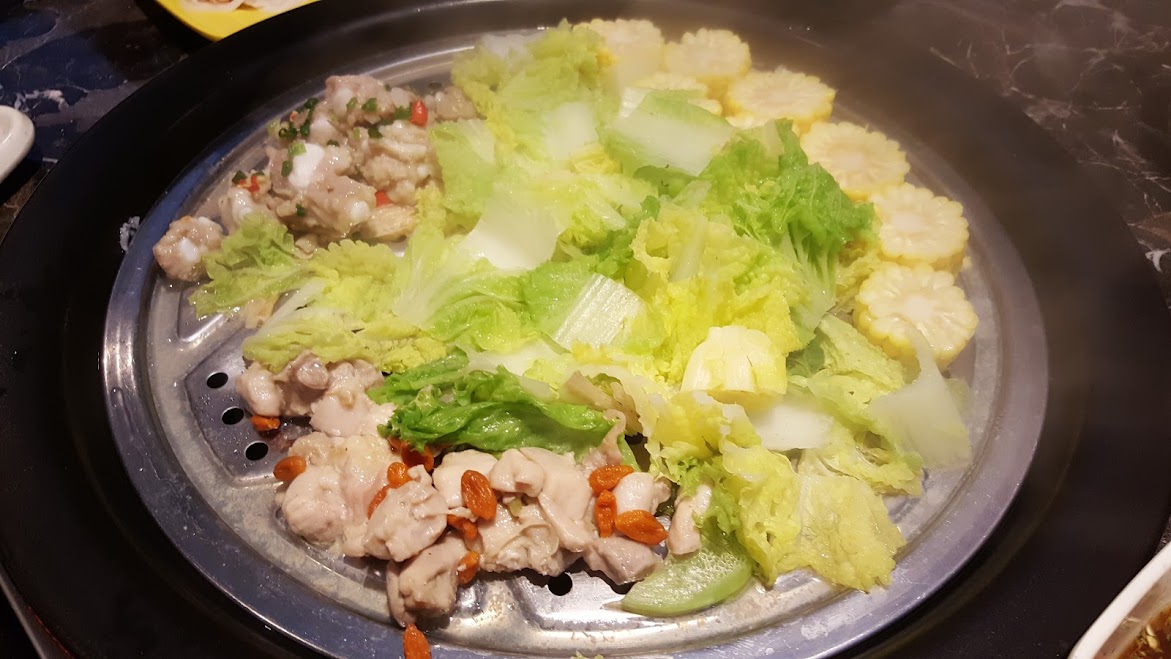 We were finally done and could move on to the porridge (which takes about 45 minutes to cook, ideally.) 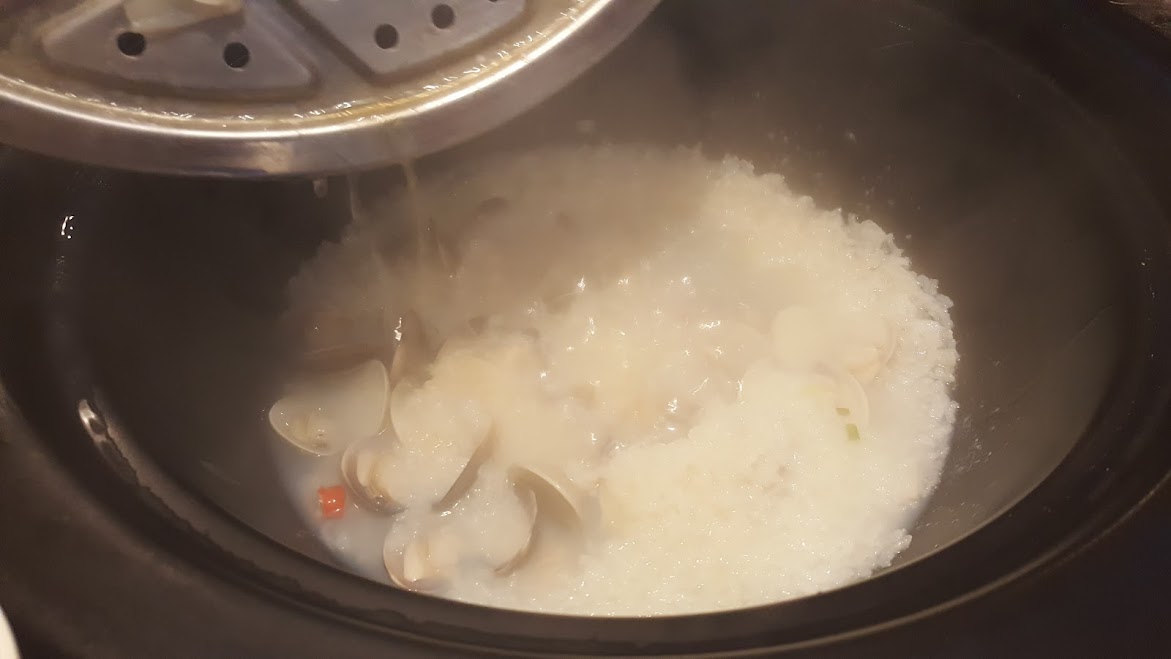 the waitress lifting the steaming tray 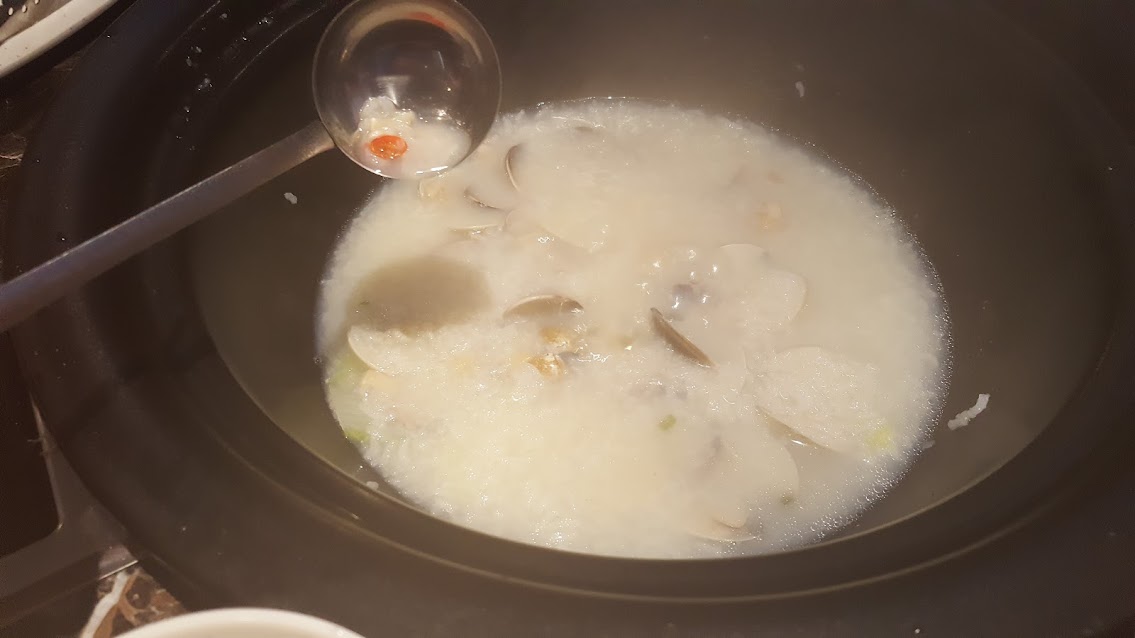 the auntie showing us that our chilli had dropped in hurhur. 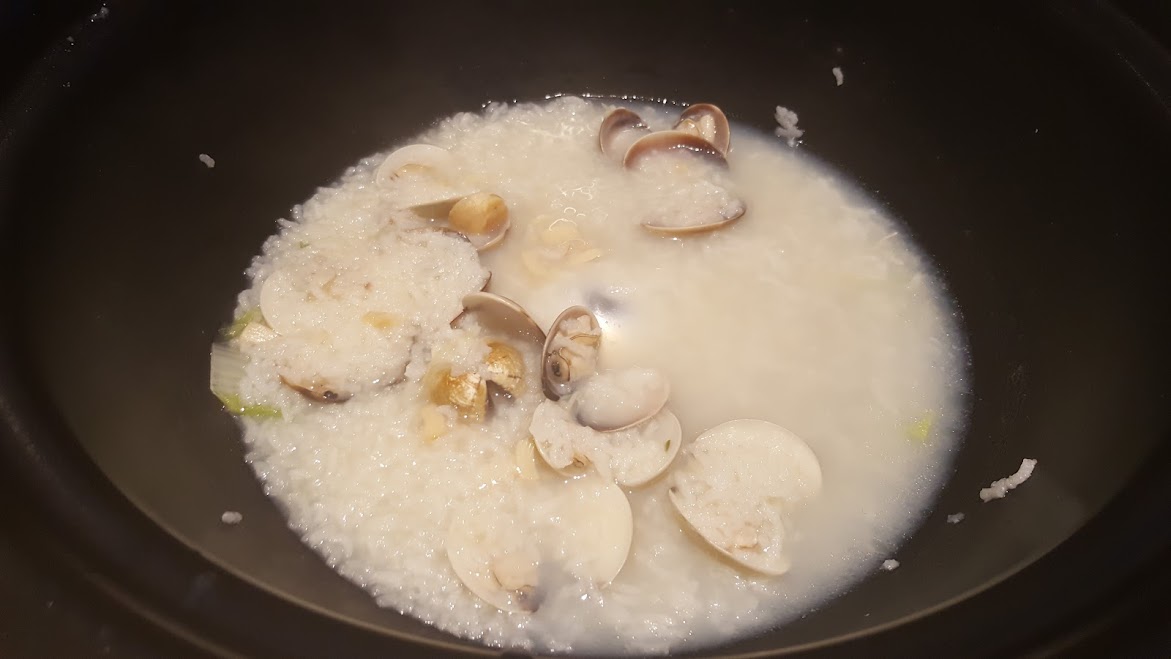 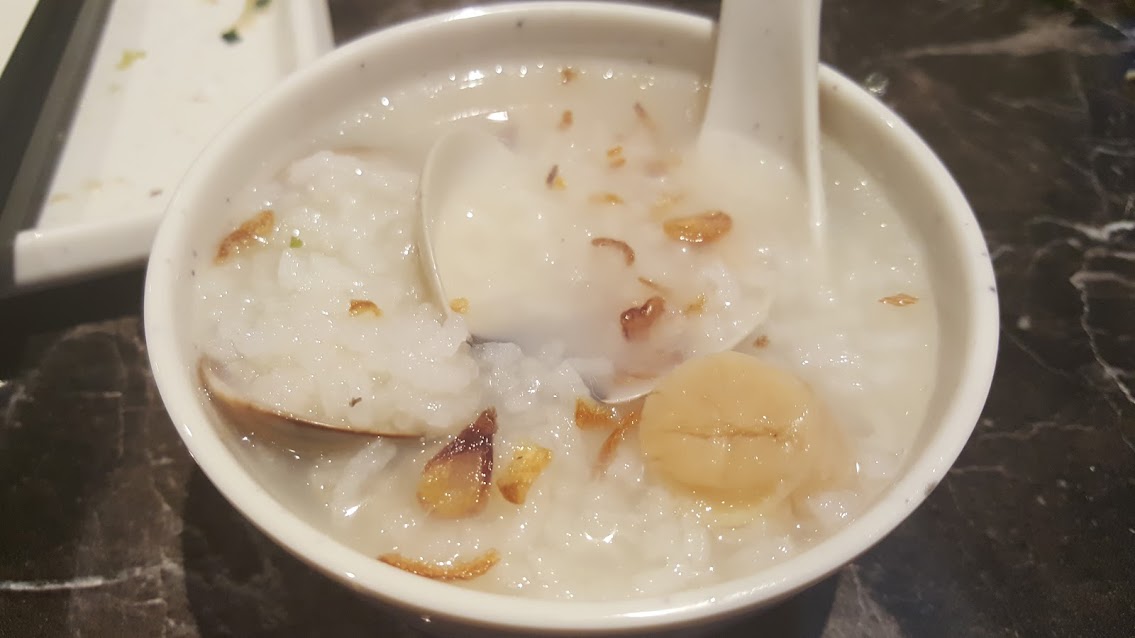 so next time im back (and i will go back hehe), we’ll probably order the seafood porridge again, with the extra serving of clams, the chicken (maybe two servings of the chicken), corn, veges, and save tums space for porridge. noms. and it’d be cheaper too i think!