There is a dearth of updates because Wolls (a) is not in Singapore and (b) suddenly had a memory lapse and forgot their password to googlephotos. sigh. the signs of old age.

Anyway, one day during the period when Pugs was not well and Wolls had a crab/seafood craving, and so. we compromised (by compromised, I kinda mean Pugs gave in as much as he could, including driving *all the way to Sembawang*) and had lobster porridge and crabs.

Pugs had been wanting to bring me here for a while, after we read some reviews of it online.

So we drove all the way to Sembawang to Bah Soon Pah Road (seriously.) where we felt like we were transported to Malaysia. (and i felt like i was on a work trip, trekking through the industrial areas of our neighbours. 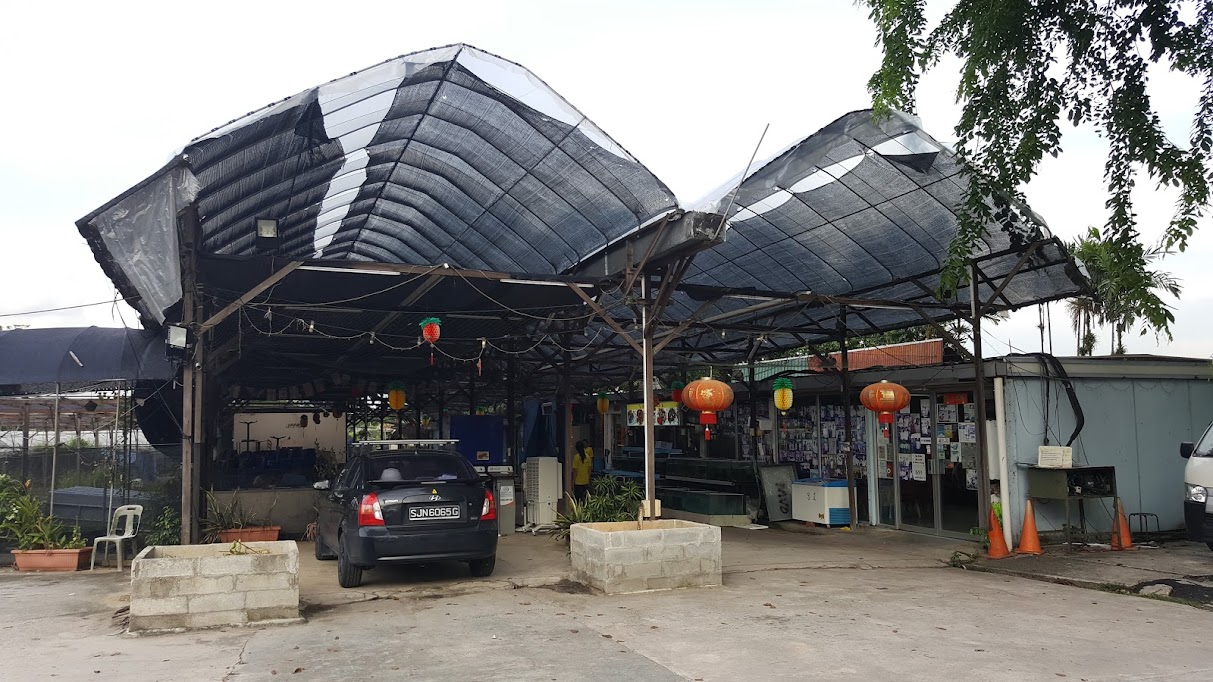 the entrance of the “restaurant”. The carpark is just a big open piece of gravel land with no markings etc. and you just dump your car anywhere… within reason (i guess). 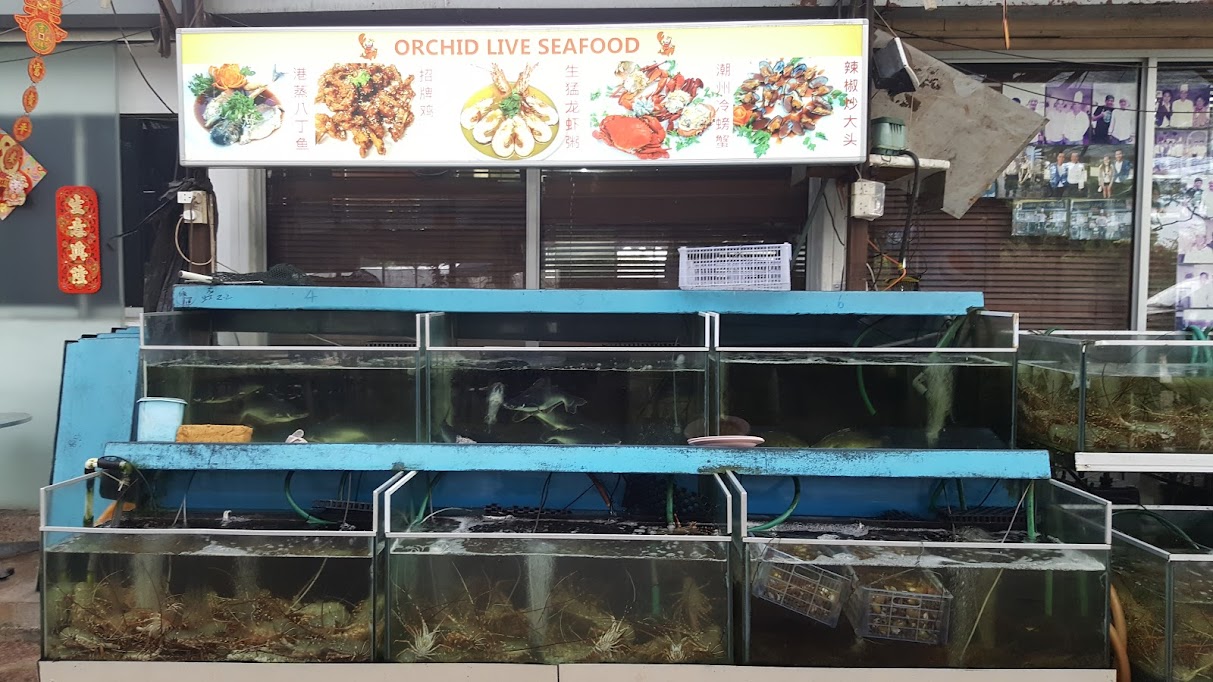 We went quite early to avoid traffic (around 6pm) on a weekday, and I’m not sure why they INSISTED we had to sit outside. To be honest, I was quite annoyed and grumpy when I got there, firstly because (while it wasn’t a particularly hot day), it would be really hot and humid to sit outside, secondly because there was a smell coming from the farm or whatever place it is that the restaurant shares the same compound with, and thirdly because the service was REALLY REALLY REALLY BAD. i felt like i was in a china/malaysia village (yes, the service staff + service level + environment really really really contributed to my foul mood).

Pugs then went to wash his hands at the ‘shed’ and I proceeded to order. At which point I almost lost my patience at the very very very bochup woman who took my order. I started off with the porridge, and asked her if there could be a smaller portion because there were only two of us and Pugs didn’t really have an appetite. She proceeded to stare at me blankly and mutter something about how it will be fine. 额 可以的可以的. okay fine, then i proceeded to tell her i wanted the cold crab. at which point she stared at me BLANKLY. and kept going ah? ah? ah? even though i POINTED at the menu. then she repeated the cold crab order back at me at least 3 times and once again, I told her to get a small crab because we already had the lobster porridge. I then ordered a veg, which she took like a normal order. and then i stopped. following which, she asked if i wanted to order their specialty, the fried chicken. Actually I had intended to order the chicken because all the reviews recommended the chicken but AFTER she stared at me incredulously for the crab order, I thought it might be too much. So I proceeded to ask her whether she thinks it will be too much food for the two of us, to which she refused to answer me. and so i kept asking, is it too much food (why else would she stare at me incredulously for crab right). and she just kept repeating ahhhhh… ahhh…. the chicken is our specialty. YES I KNOW. ohgawd. in the end i bit the bullet and decided that we can just end up wasting food in any event, and at least i wld get to try the chicken because i’m never coming back here. After ordering the chicken, she then INSISTED that i had to get a drink (two drinks, because we each had to get one). okay fine, i ordered some nonsense because they didn’t have any non-sweetened drinks. ugh. and then when i told her i didn’t want the pickled vegs, she insisted that i had to either take that or peanuts because they will charge me anyway. i really dislike places like that. it’s not that i want to save that $2.00 or whatever, but i just DON’T WANT THE APPETISER and why should i then pay for it, especially especially if you’re already going to earn money from me for other things that i ordered.

Pugs came back from the toilet to a very very grumpy Wolls. 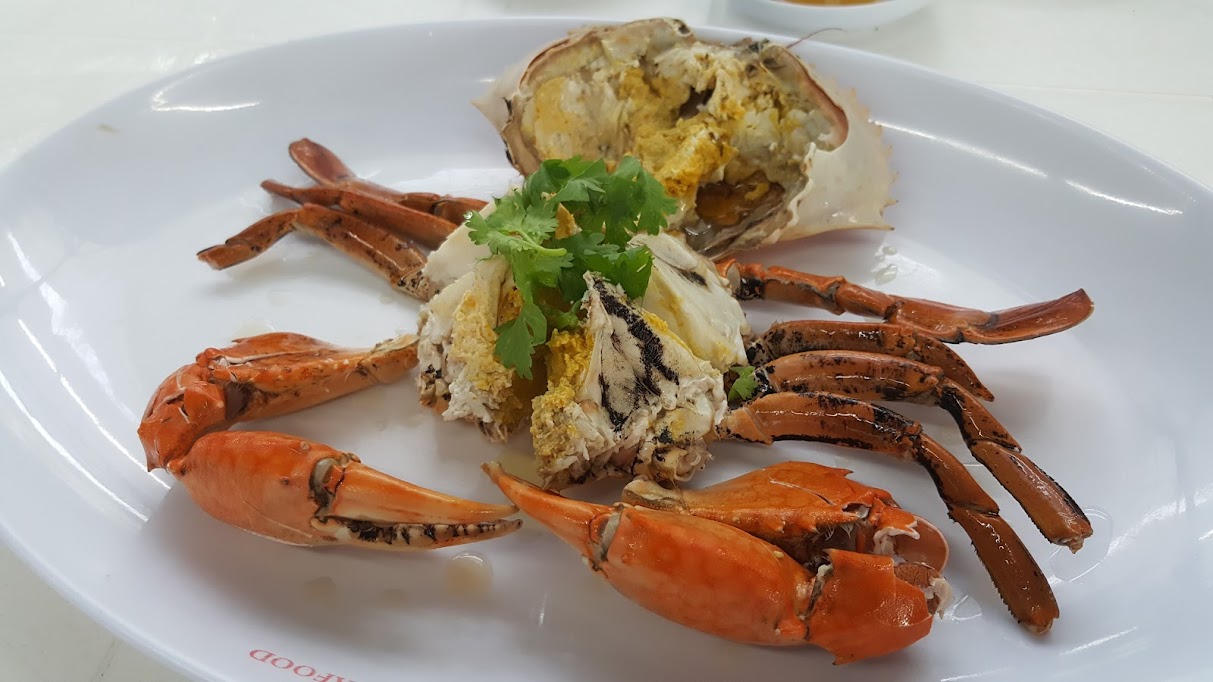 the crab came first and it was quite good, to be fair, despite all my misgivings. It was chockfull of roe and nicely cold and sweet. Having said that, I thought the steamed crab at Imperial Treasure (review to come soon enough) was better. 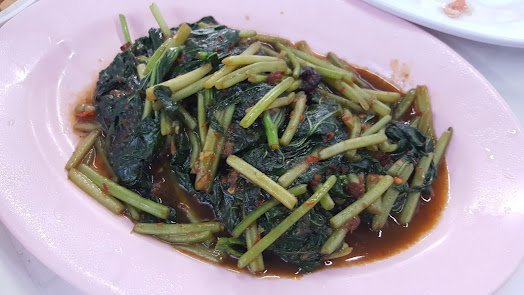 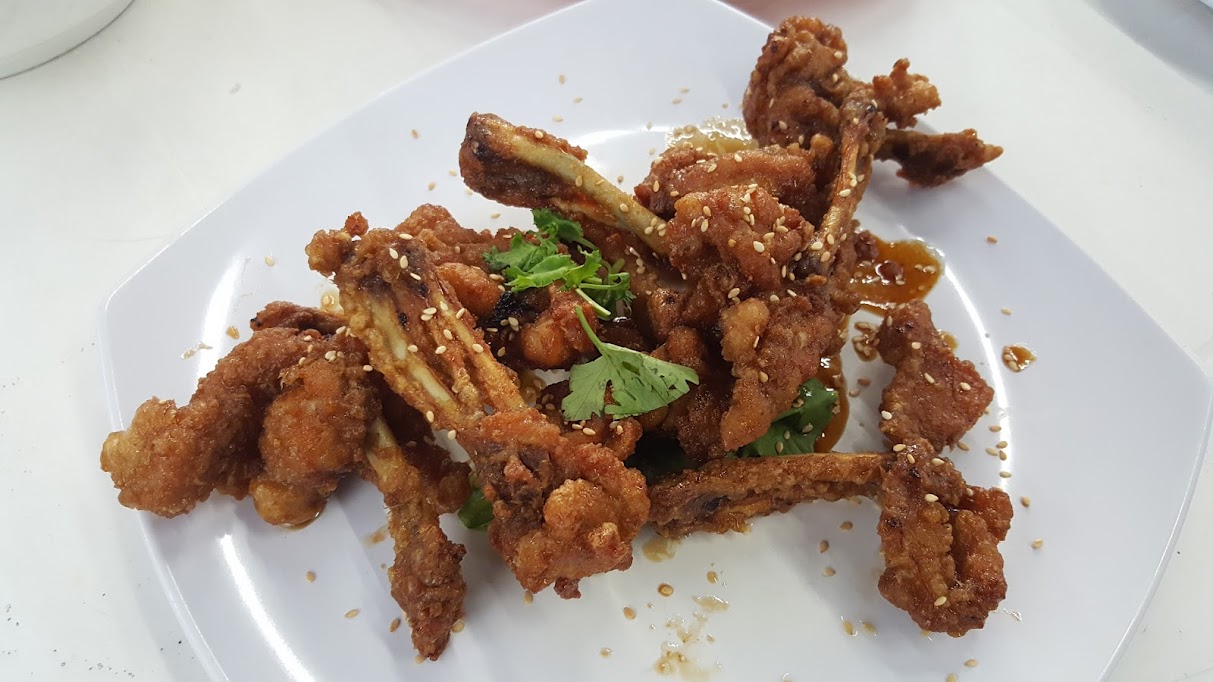 the famous chicken. okay i don’t regret ordering this hurhur. It was fragrant, nicely fried, not too oily and honestly quite enjoyable. 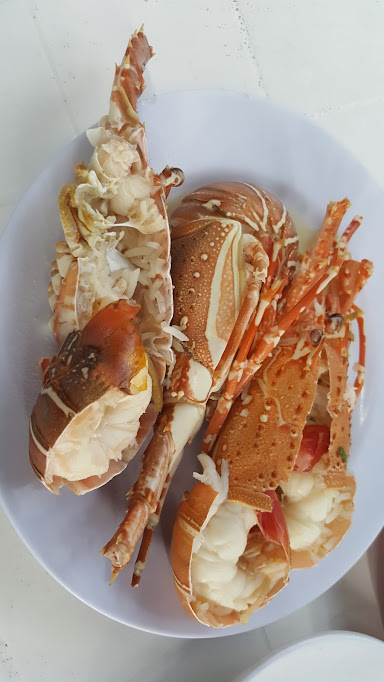 We didn’t manage to take a photo of the porridge before the waitress scooped out all the lobster. 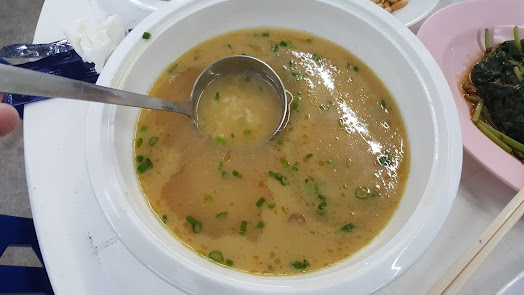 The lobster was fresh and sweet; nicely done. But the soup was quite amazing. It was warm and peppery and swished around nicely in my tums. I really enjoyed the porridge.

However, we were attacked by flies the whole time throughout our meal and I maintain that I will never come back here. The trek, the (aggravating) service, the heat and the FLIES really made it a rather unpleasant experience despite the not bad food.

I guess I’m really not the sort of person who values food over ambience. And I would really be hardpressed to call this a ‘restaurant’.

and for all the hype, there was only us and another old-ish couple eating that day (to think we were worried about not being able to make a reservation. ha.)