We went to Market Grill one day after work – it was Pugs’ first time there and I was most excited to order lobsters and steak. nom nom. Market Grill is one of the establishments along Telok Ayer Street that I really enjoy as a (massive) treat. 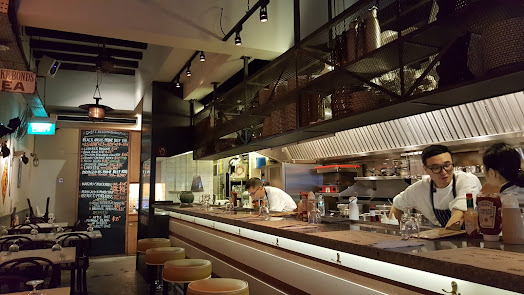 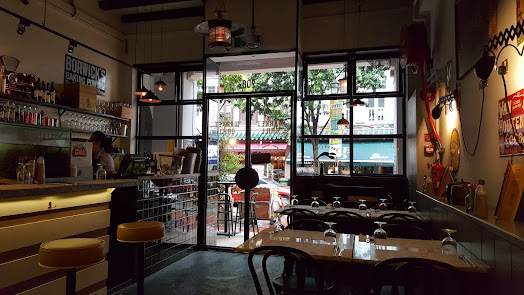 we got there so early for dinner it was still bright outside hahaha. 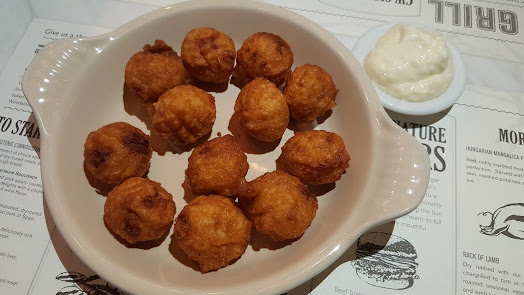 cod croquettas – not bad! not too oily or fried, and (although it tasted like well, croquettes) they were quite enjoyable. 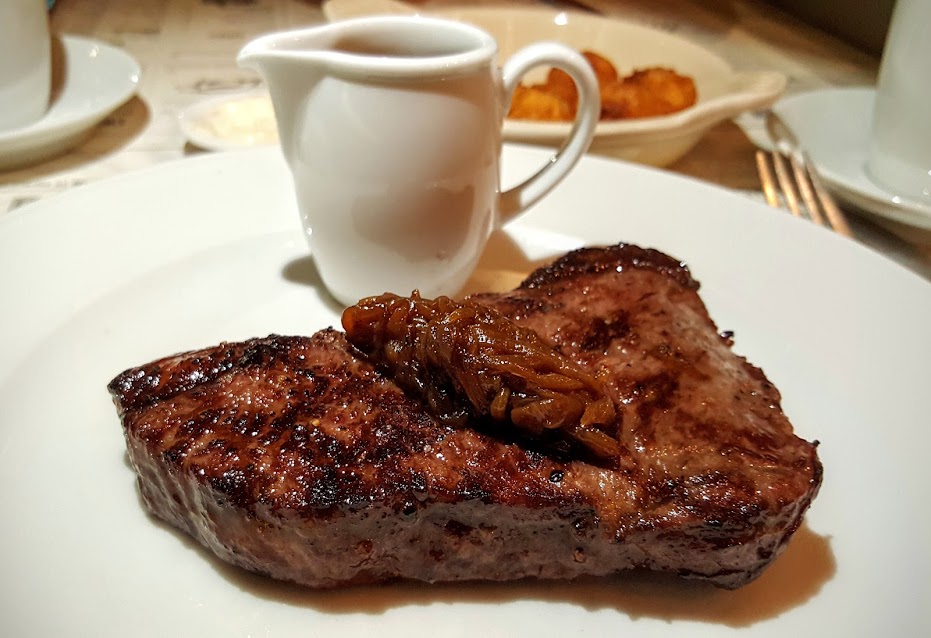 MOOOOOO. look at that slab of beef. nom nom nom. 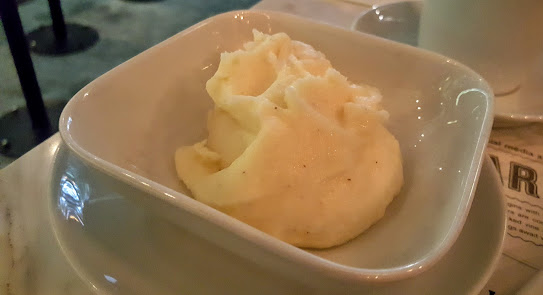 our side of mash. which was smooth, creamy and not too heavy. nom. 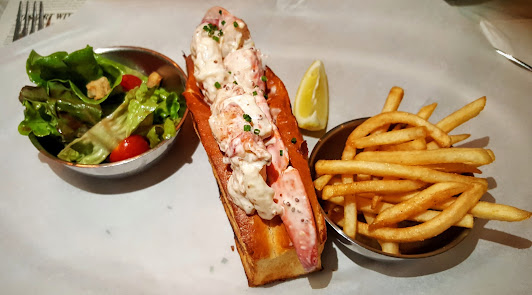 lobster roll. Pugs had just come back from San Francisco where he had lousy lobster rolls (i’m not sure why he failed so badly in sourcing out good food when in SF, where he was best placed to eat lobsters 😦 ) and so he was left with a ‘lobsterroll-shaped hole in (his) tums’. This promptly filled the hole and satisfied him much (although we agreed that the lobster roll at Platypus (a few streets down at China Square Central) is much more value for money and almost as satisfying. almost. 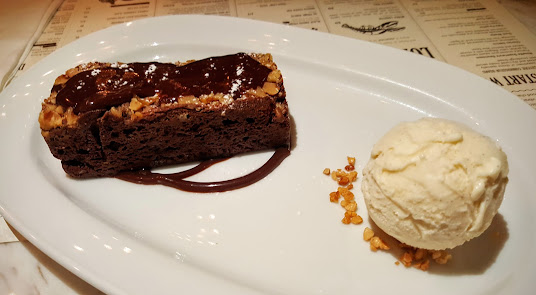 and because i was so disciplined and only ordered ONE side (the cod croquettes), I was rewarded with a brownie! This was a bit too sweet and heavy for my liking although the first few mouthfuls were divine. Sharing recommended. heh.