I hung out with some Singaporeans in Sydney one weekend, and our first meal was to stuff our faces with Chinese food. Two of them live in Sydney, and they highly recommended this placed called New Shanghai in Ashfield (it turns out that there are branches in Westfield near where I work too) but even though it was (to me) in the middle of nowhere, there was still along queue (despite being sandwiched between two other fairly empty similar xiaolongbao restaurants on the same street). The queueing system involves you writing the number of people you have in your party, and tearing off the number on little slips of paper, and hanging around outside until your number is called. Simple, but effective. No need some high tech buzzy buzzy thing. 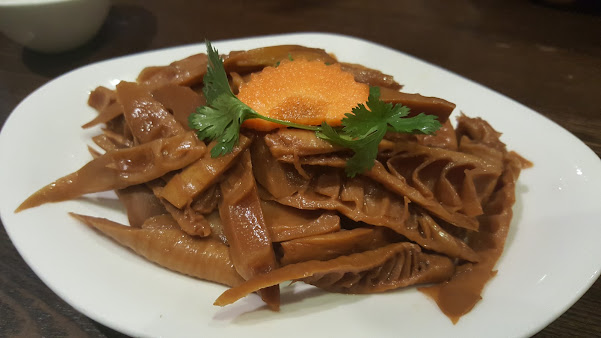 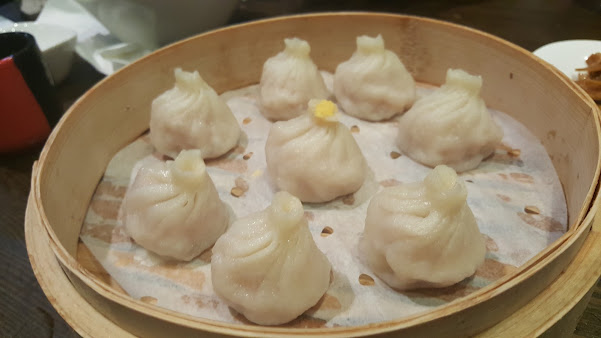 xiaolongbao. these were quite good – but the filling also had the pork-y taste that seems prevalent in all pork in aust (save for bacon and ham…) 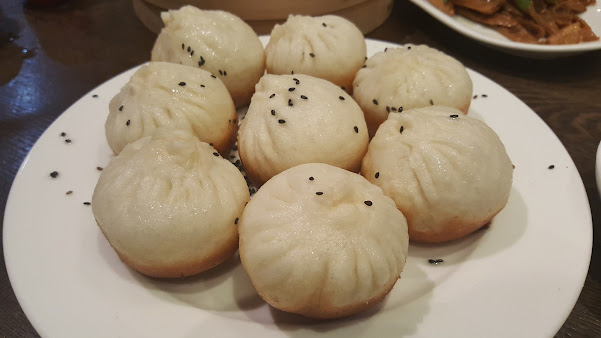 shengjianbao. i didn’t eat most of the filling (refer to xlb above…) but the skin was so nicely done. crisp, not thick and very fluffy. nom. 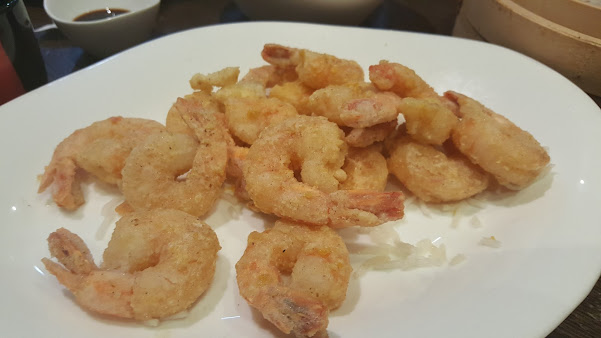 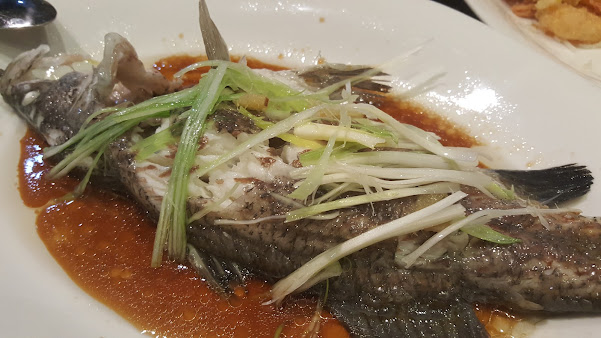 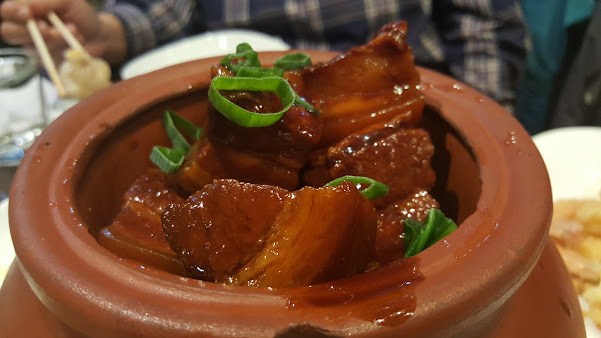 stewed pork belly. This was by far the best thing we had. (and the most unhealthy). It was done very nicely, the pork had this wonderful texture (and was not pork-y), and the fats and skin and lean meat was the perfect meltinyourmouth combination. omnomnom.

All in all a very pleasant experience, in a bustling noisy Chinese restaurant, and very reasonably priced as well.