Felix Bistro and Bar is apparently a one chef hat restaurant, and since it was just a couple of steps away from my office in the CBD, I abandoned my work one evening and strolled over to check it out. Felix is also part of the Merivale group of restaurants, which I understand is consistently good.

The restaurant was full on a weekday night, and while i was happy to sit outdoors to people watch, the waiter was insistent that it was too cold and found me a single table near a window inside. 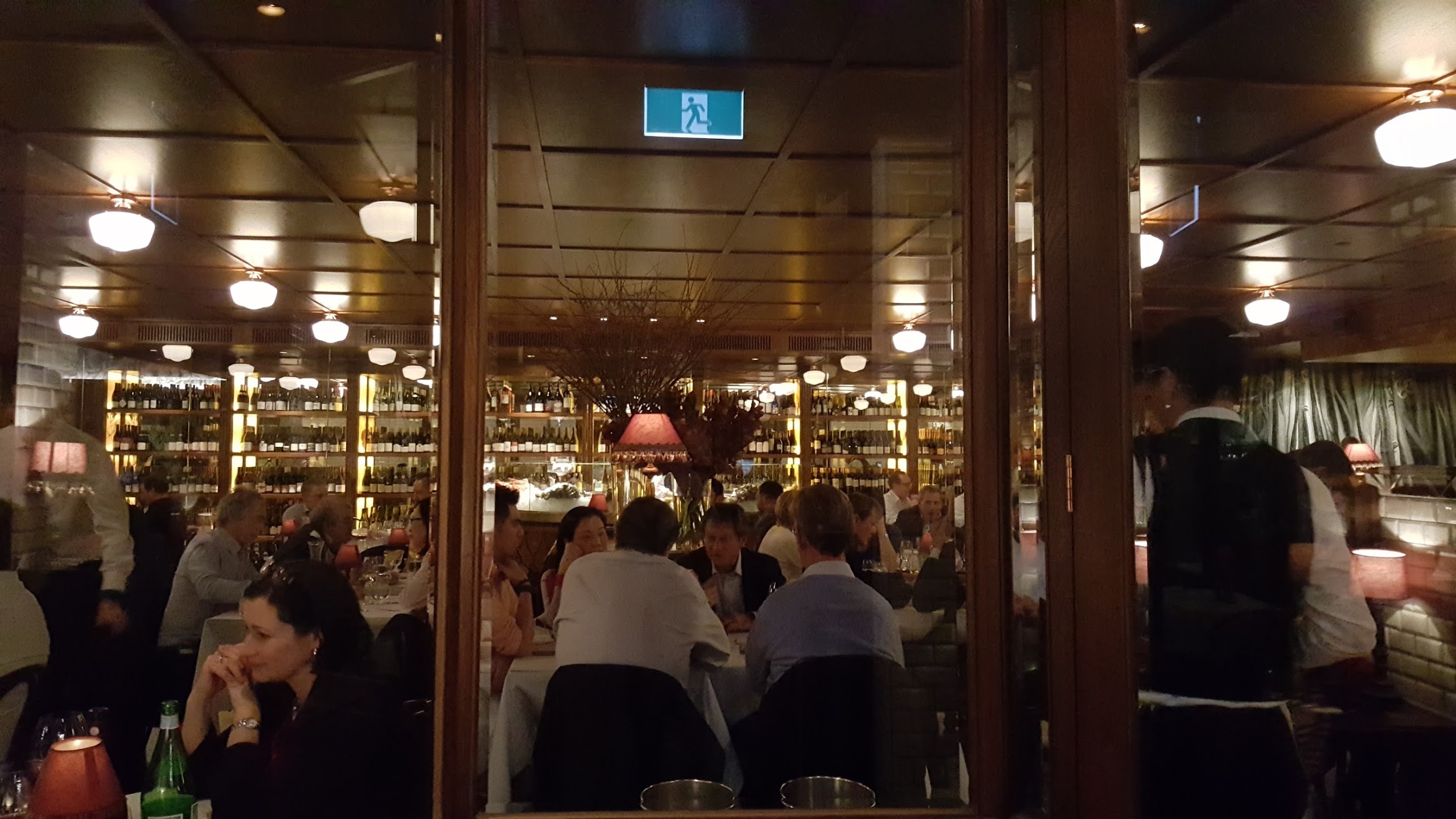 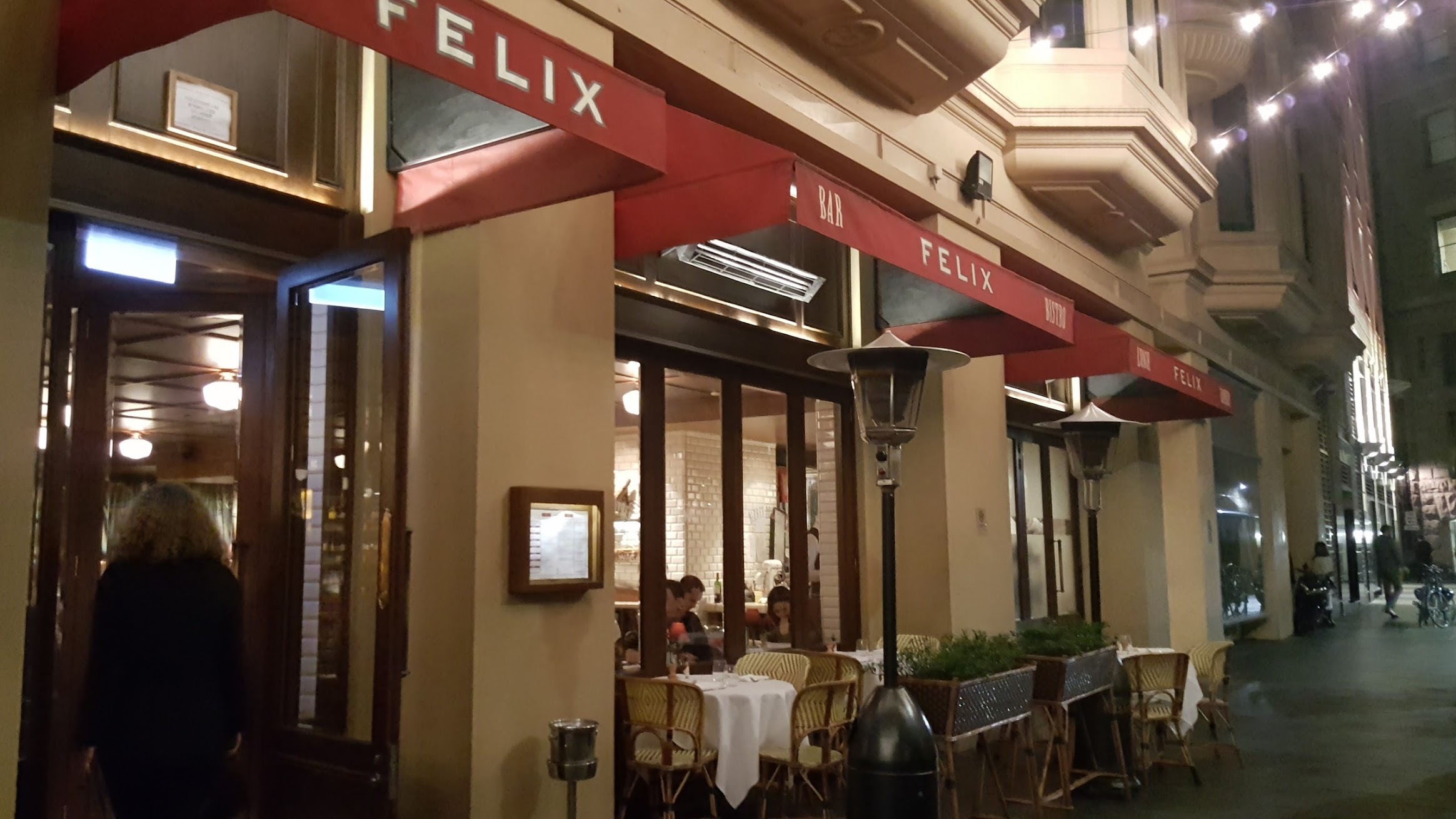 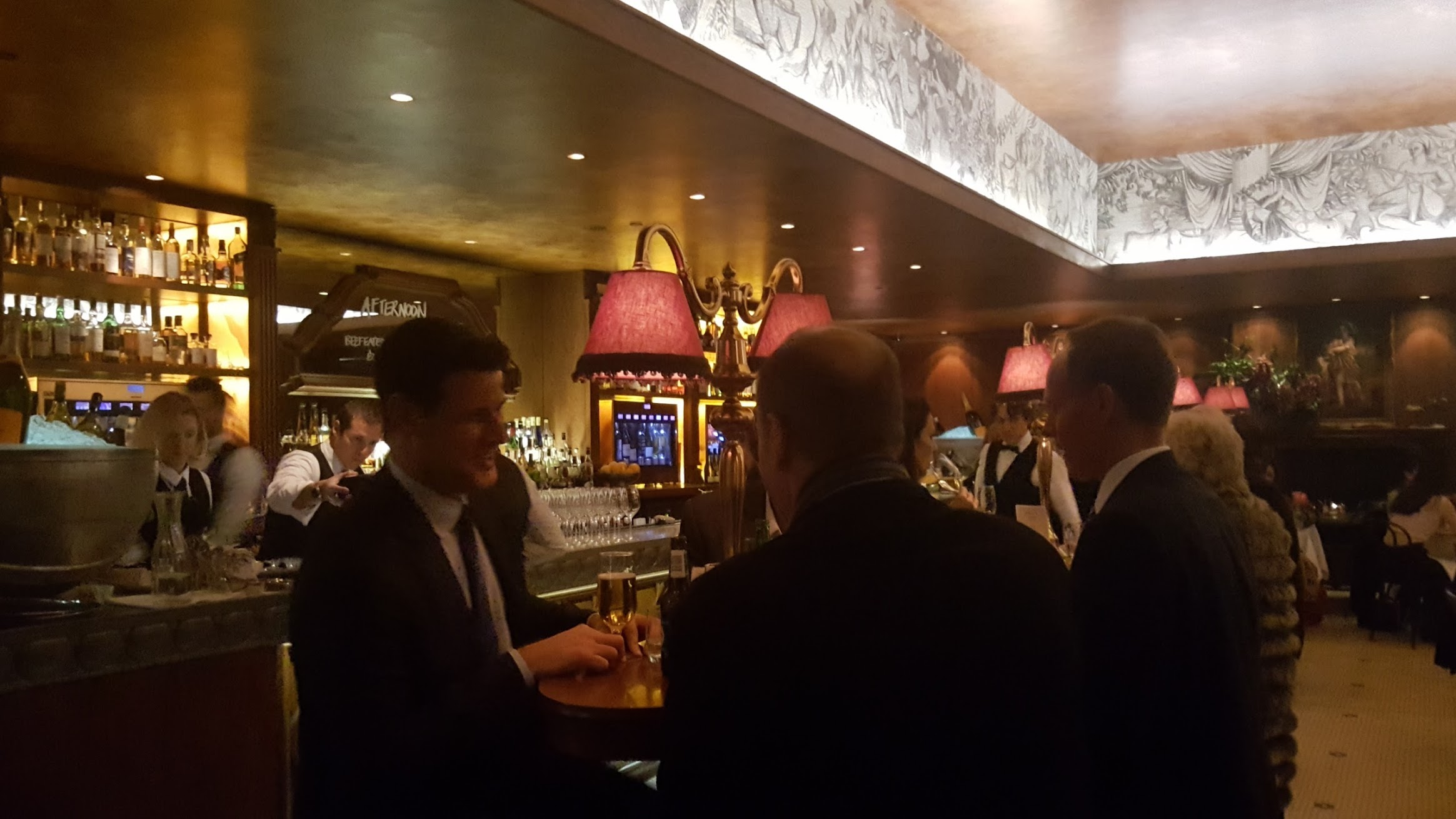 The whole place was bustling with activity and it felt like I was back in Europe hehe. The wait staff were really really attentive and polite too, despite the crowd. 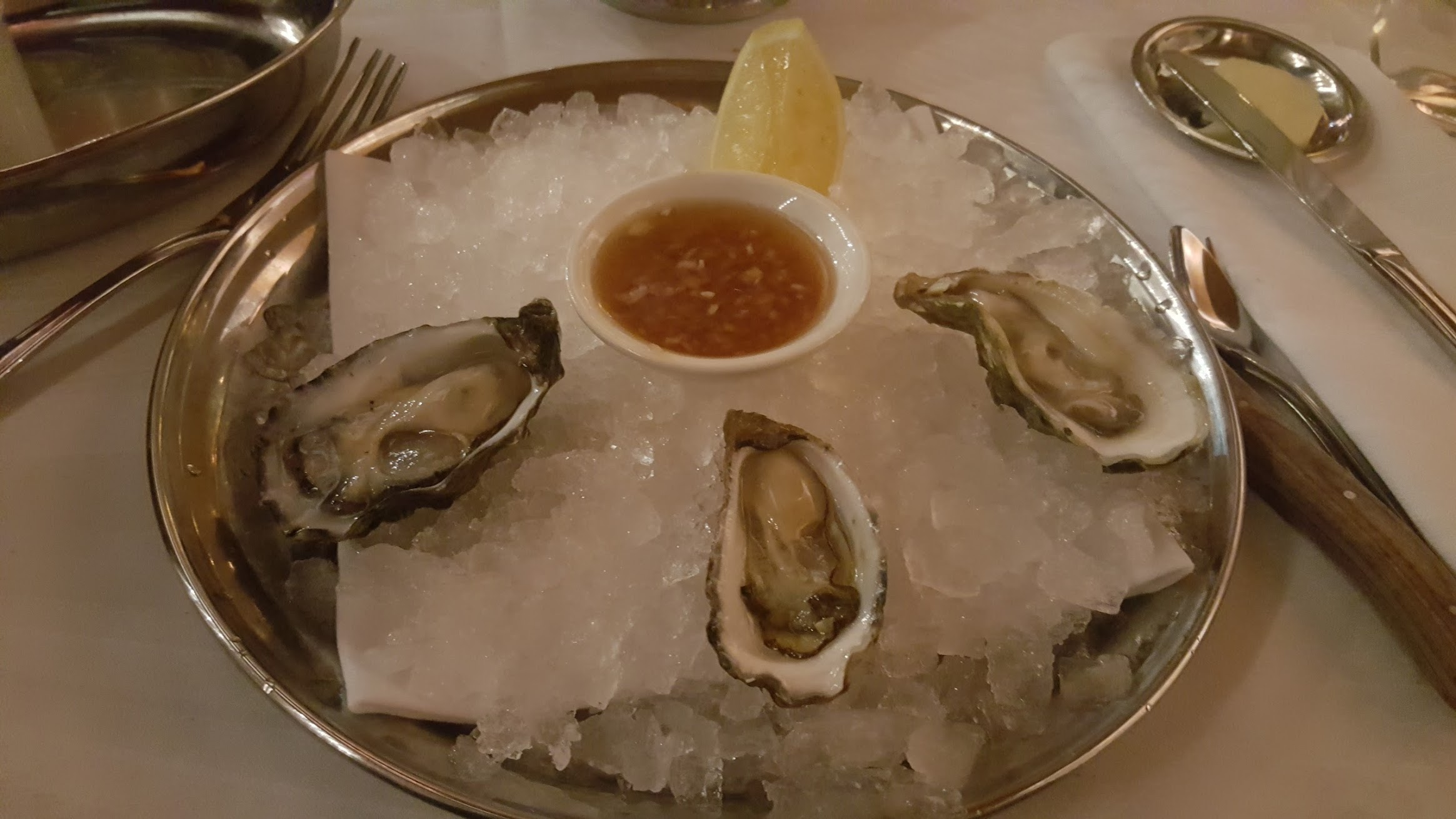 I had three really fresh (although small, as was the trend in Australia… small oysters) oysters to start – they had three types of oysters that day, and on the waiter’s recommendation, I had one each to try. I’m not really an oyster person, so I couldn’t really tell the difference, but it was good. They were reasonably priced too, at AUD4 each. 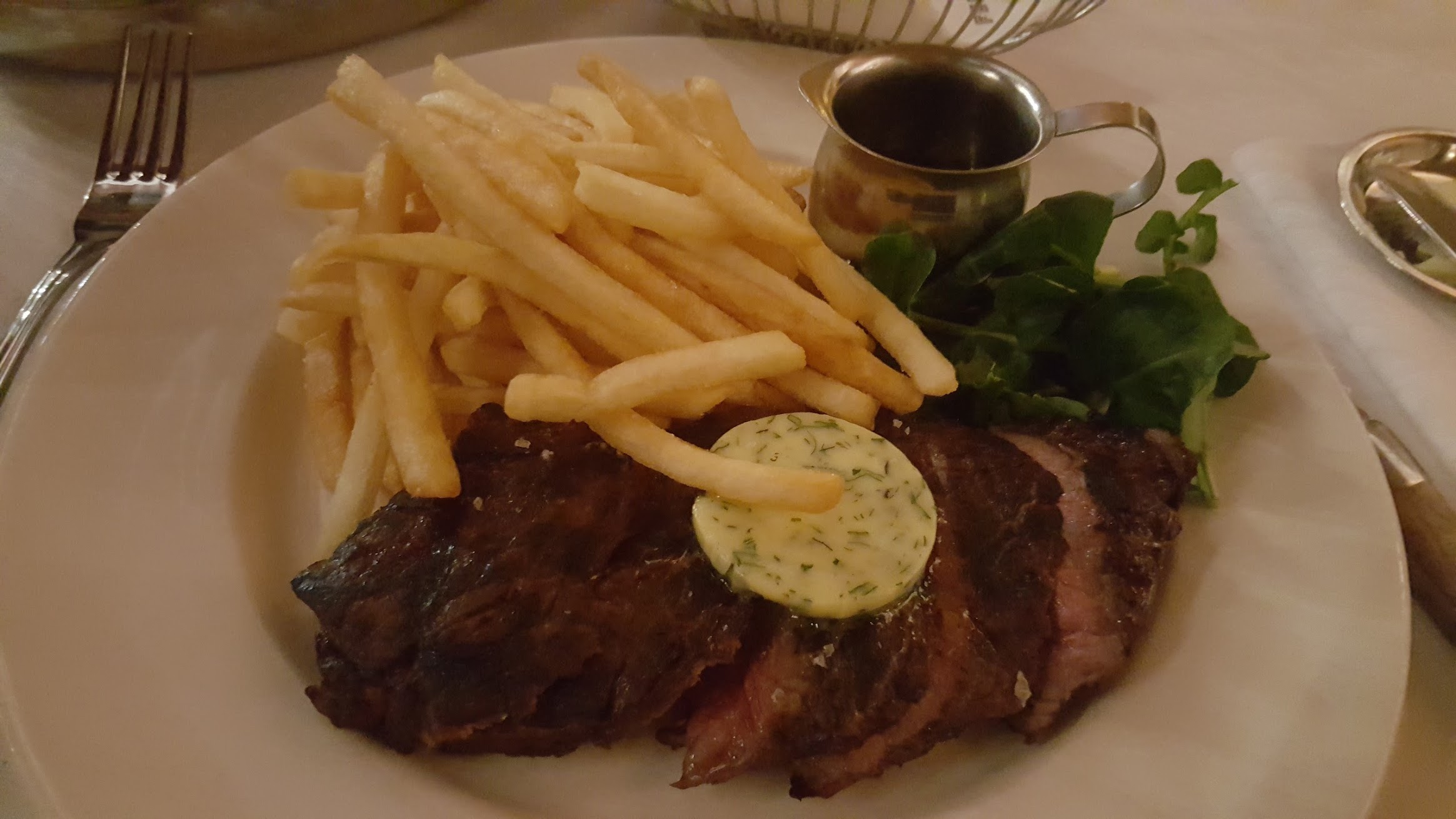 Steak frites (AUD40) – beef in australia was generally not fantastic (to me) (and Pugs who later joined me agreed…) But having said that, this was a most enjoyable meal – the beef was well done and the fries were crisp, not too oily, and a nice end to my day. The butter on top melted nicely and oozed through my steak. nom.

Considering the location, service, and just general ambience, it was not an expensive meal. And I was tempted on several occasions to go back to try their other things, but there were just too many things to eat in Sydney to repeat.

One thought on “Felix Bistro and Bar (Sydney – CBD)”